Phil will be signing copies of his latest publication “The Dizzy and Daffy Dean Barnstorming Tour: Race, Media, and America’s National Pastime,” in KS and IA next month.

Phil S. Dixon has covered African-American baseball topics for more than thirty-five years. He has written numerous books on baseball and is widely regarded for his expertise on baseball history and research. He won the prestigious Casey Award for the Best Baseball Book of 1992 and later received a SABR MacMillan Award for his excellence as a researcher. He has appeared on PBS History Detectives, C-Span, BET, Fox Sports, National Public Radio, the Canadian Broadcasting System, SiriusXM Radio, and other national broadcast media. Dixon is an international speaker and co-founder of the Negro League Baseball Museum in Kansas City where he served as the museum’s first Public Relations officer. Dixon formerly worked in the Public Relations office of the Kansas City Royals. 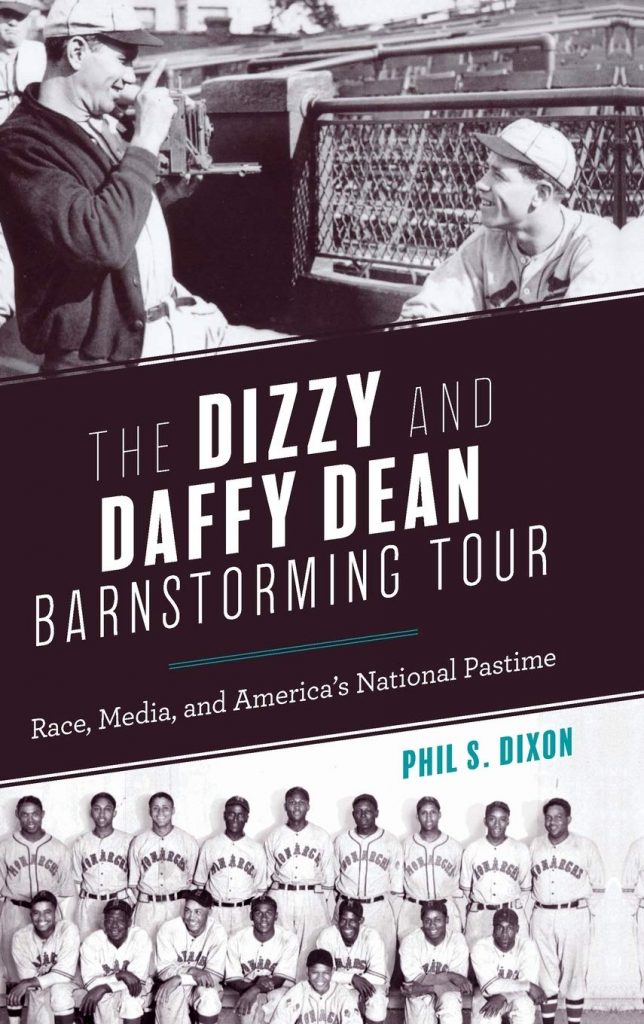 This book follows Dizzy and Daffy Dean’s All-Stars as they barnstormed across the country in 1934, taking the field against the greatest teams in the Negro Leagues. It shows the glory of the games as well as the disingenuous journalistic tactics that proliferated during the tour with an introspective look at its impact on race relations.

In 1934, brothers Dizzy and Daffy Dean were stars of Major League Baseball’s regular season and World Series. Following their St. Louis Cardinals’ victory over the Detroit Tigers in Game Seven, Dizzy and Daffy went on a fourteen game barnstorming tour against the best African-American baseball players in the country.

The Dizzy and Daffy Dean Barnstorming Tour: Race, Media, and America’s National Pastime examines for the first time the full barnstorming series in its original and uncensored splendor. Phil S. Dixon profiles not only the men who were part of the Deans’ All-Star teams but also the men who played against them, including some of baseball’s most monumental African-American players. Dixon highlights how the contributions during the tour of Negro League stars such as Satchel Paige, Chet Brewer, Charlie Beverly, and Andy Cooper were glossed over by sports writers of the day and grants them their rightful due in this significant slice of sports history.

The Dizzy and Daffy Dean Barnstorming Tour gives careful consideration to the social implications of the tour and the media’s biased coverage of the games, providing a unique window for viewing racism in American sports history. It is more than a baseball story—it is an American story.