Jess Steven Hughes will be signing copies of “The Peacekeeper” in Spokane, WA next month.

Jess Steven Hughes brought his lifetime’s fascination with ancient Roman history into his debut novel, THE SIGN OF THE EAGLE. The fascination continues as this has become part of a chain of books called, The Sign of the Eagle series. This includes: The Wolf of Britannia, Part I and Part II. Another historical novel, The Broken Lance, set in Roman Britain and Imperial Rome, is the first book of a duo-logy that includes The Peacekeeper. Jess is a retired a police detective sergeant, Long Beach Police Dept, Long Beach, CA. He holds a Masters Degree from the University of Southern California in Public Administration with a minor (my first academic love) in Ancient Mediterranean Civilizations. He also served four years United States Marine Corps (1962/66). As a retired person, Jess believes in keeping very busy. You must stay active mentally, physically and socially. These are a few of the keys to a long and healthy retirement. Writing novels has contributed greatly to my quality of life. He lives with his wife, Liz, on a four-acre mini-farm in Eastern Washington. His hobby is outdoor model railroading. He has an outdoor model railroad that was featured in the June/July 2010 issue of the regional magazine PRIME NORTHWEST (www.primenw.com). Check their website for the article. He was also featured in the Today segment of the Spokane Spokesman-Review, August 18, 2012, ?The Longest Chapter?, in which he discussed his quest to become a published author. Check the following link for the article. http://www.spokesman.com/stories/2012/aug/18/the-longest-chapter/ Jess is a member of the Pacific Northwest Writers Association (PNWA) and is active in the Red Ink Fictioneers, a writers support group in the Spokane, WA area. 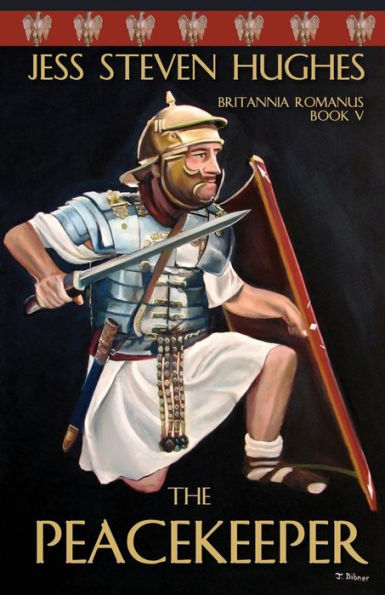 45-69 AD Marcellus, a Spanish Centurion in the Roman Army, is unsafely ensconced in tumultuous and murderous Rome, a city that can claim its victims in an instant and give its chosen ones glory at a moment’s notice. After confronting his nemesis and former commander, Anicius Pedius Gallus, in the boisterous Roman forum, Marcellus escapes yet another close call with a “Roman ally,” and races home to the object of his desire–Eleyne, a feisty, British-Celtic princess. And one that is none too happy about being a royal hostage. But love counters betrayal in this harsh city, and the two are married against a backdrop of mysterious treacheries and secrecies. Even as the two start a family and Marcellus advances through the ranks, the evil Gallus seems to lurk in the shadows around every corner. As a resident of Rome, Marcellus is no stranger to chaos, but when he’s thrust into the role of commander of the Watch’s Seventh Cohort and must lead a ragtag group of men to quell a bloody riot numbering in the hundreds of thousands, can he do the job? And when a new emperor takes hold of the reins, siding with scoundrels and slaughterers, can Marcellus save everyone he holds dear or will he be left alone with blood on his hands? From the birth of Christianity to the backstabbings in the Senate, to lives of the slaves and commoners, to the behind-the-scenes of the worlds of the Roman emperors, The Peacekeeper will bring the duplicitous, colorful, and raw streets of Rome to brilliant life, and will leave you breathless until the final page.