J. Crockett will be signing his book “Nostalgic Blood” in CA next month.

Author J. Crockett was born and raised in Miami, FL and now lives in California. He started writing “Nostalgic Blood” twenty years ago, the idea came after a poem he wrote. Someone thought that it would make a great story. From there he used his seven years of military experience and world travel; exploring the Philippines, Japan, South Korea, and Desert Storm. Creating a plausible world, and developing amazing characters that gives your emotions a test. 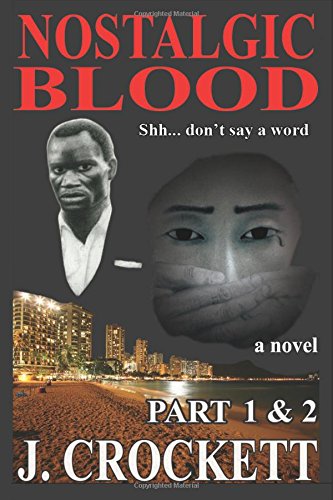 Kalargo and his uncle planned to travel as stowaways to America from Gambia, Northwest Africa. But they woke up in South Korea; with a twist of fate, he was adopted by a Korean American. Many years later, Kalargo’s criminal organization, supported by the North Koreans had changed when his only living relative is murdered; he knows his days are numbered. His last trip to Africa changed his life when the North Koreans discovered untouched natural resources and they asked him to do something he does not want to do. They want to colonize Gambia and they will kill him if he doesn’t cooperate. After a business trip that went bad, his fiancée is worried she will never see him again and his adopted father’s actions may get him killed or save his life. Facing life changing events, he has to choose. The Gambians need him, the North Koreans want him, people are dying, secrets are being revealed and time is running out. Gambia is under pressure, what will he do?