Dr. Clark J. Chelsey is signing copies of “The Radicalization of Thomas Jefferson” in CA tomorrow.

Dr. Chelsey has Ph.D.s in philosophy and history from the University of California, Santa Barbara. The Radicalization of Thomas Jefferson is the result of an over 40-year fascination with Jefferson, during which Chelsey read hundreds of books and articles while researching the founding father. 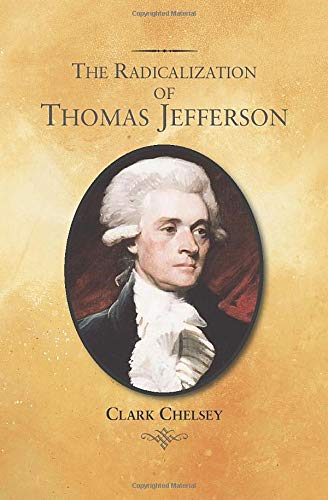 Jefferson lived through world-altering upheavals in his lifetime. Not only was he one of the most important founding fathers…he also served his new nation as one of the most influential precepts of civic responsibility in a democracy. All of this came at a time of three converging revolutions in history: the democratic revolution in America and France, the Scientific Revolution, and the beginning of the Industrial Revolution. Chelsey manages to trace the living fabric of Jefferson’s ideas through these turbulent changes and how Jefferson modified, refined, and increasingly radicalized them in a coherent and systematic way.