Andrew Wichland will talk about and sign his new book, “Wild Hearts: Divided” in NH.

Andrew Wichland grew up in rural Sandwich, New Hampshire, with his family. When he’s not writing, Wichland enjoys spending time with his family, in town or at home, and walking through the forests surrounding his peaceful residence. Wichland is on the autism spectrum, which has presented its own challenges and made fitting in difficult – especially when he was in high school. He was always able to find comfort in various fantasy series. His imagination was his safe space, and now, he uses it to craft incredible stories that he can share with the world. 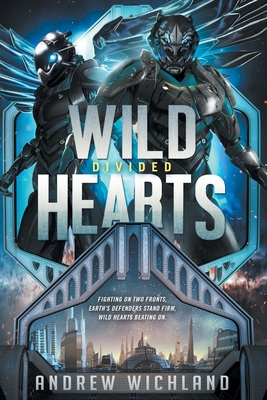 Earth wasn’t the easy target the Wraiths thought it would be, but the victory won by Ian Dragan and the Wild Hearts was short-lived. Garbled communications picked up from across the planet speak of unidentified vessels glimpsed at the fringes of the system, alien weapons primed and ready.If these rumors are true, Dragan must act fast-but how? With the Wild Hearts occupied, Dragan stands alone: one man against the greatest threat humanity has ever faced. To make matters worse, Overlord Kizer, the diabolical Wraith general, believes him dead. If he finds out the truth, Dragan-and Earth itself-are doomed. Meanwhile, the Wild Hearts must investigate UNITY, a shadowy organization whose influence goes deep. With Wraiths infiltrating and seizing control of military and private security details across the planet, the Wild Hearts realize that the number of “allies” they can trust is falling fast.And so Earth’s defenders divide. Above the planet, Overlord Kizer watches, his victory drawing ever closer…Wild Hearts 2 is the latest thrilling entry in The Wild Hearts series, and is sure to appeal to fans of sci-fi and YA alike.