Robb Hoff claims the Ohio River Valley as home – from Maysville, Kentucky to Cincinnati and Louisville to Evansville, Indiana – but also resided for a decade in the lush Northern Neck Peninsula of Chesapeake Bay Virginia.

His writing career spans more than a decade of coverage for newspaper/magazine groups. His novels currently available on Amazon include COSMIC EGG RAPTURE, the first of his EGGSQUISITE CORPSE THRILLER series, SERPENT EGG RAPTURE, the second EGGSQUISITE CORPSE THRILLER, and CONTRACT WITH THE LYCANTHROPE, the first book of his MADOC THE LYCANTHROPE series. All of his in-print novels are published by Hydra Publications.

Want to stay current with all the latest Robb Hoff author news? Check out www.robbhoffauthor.com and sign up for his EGGSQUISITE CORPSE newsletter to never miss a beat! 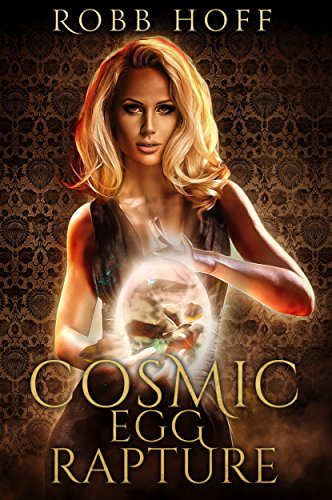 Alpha and Omega: Your transfiguration awaits you, my love.
Heed the mantra, and live exalted forever. Reject it and die a mortal death.
Haunting relics lure a non-fiction writer into this destiny proclaimed by his tantalizing seductress. He must either claim his revealed identity to start his new life with his soulmate or else perish in the wake of devastating temptation.
Through twists and thrills that test the boundaries of reality, Robb Hoff’s launch of the Eggsquisite Corpse series is an odyssey across a surreal landscape that careens between the earthly and divine. 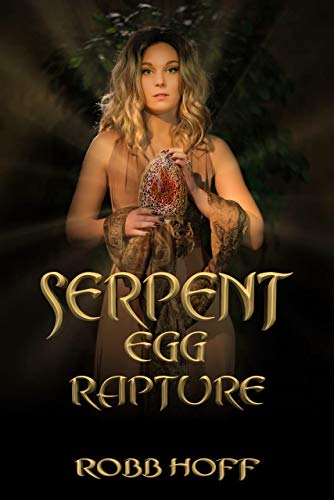 The breakthrough author of Cosmic Egg Rapture is “serving up a bone-tingling dish of surrealism” with this next installment of his riveting Eggsquisite Corpse Thriller series.When Sirena Martell finds herself lost and alone on a backwoods road near the Great Serpent Mound, panic pounds her troubled heart. But when she finally does reach the stranger she is supposed to meet–Enoch–with his clutch of artifact eggs, Sirena breathes a sigh of relief…until the real trouble hatches.With unnerving action from the Great Serpent Mound site to Maysville, Kentucky, and overseas from Paris to Amsterdam, SERPENT EGG RAPTURE is one scorcher of a read across a harrowing landscape that is wrought from pure evil.PRAISE FOR ROBB HOFF AND SERPENT EGG RAPTURE“Hoff reveals his story so effectively that you find yourself turning the page because you must find out where the author is taking you…His voice is so unique and really stands out among the rest.”–The Audio Sorceress, Marnye Young“Wow! I read the SERPENT EGG RAPTURE chapter “Eggcerpted” and found it hard to put down…The Paris section is exceptionally excellent!”–author, Dr. Suzi Hall, Flinders University Ph.D. in English/French Literature