Jeff Morris will sign copies of “Legion Rising” in TX next month.

Jeff Morris is a former Infantry Officer in the United States Army, serving two deployments to Baghdad, Iraq as a Platoon Leader and Company Commander. He has been featured in numerous magazine articles, television profiles, and speaks to a wide array of audiences. He lives in Texas with his wife and four children. 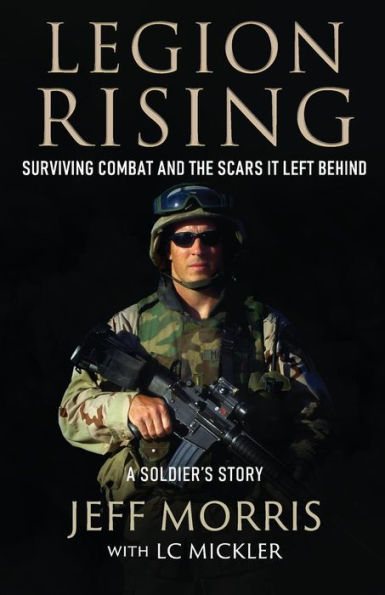 Not everyone has pulled shards of another man’s skull from the palm of their hand. Not everyone has stood over the bodies of friends whose lives were lost in an instant. Not everyone has struggled to face their own reflection for years on end. But anyone who has experienced trauma or adversity will resonate with Legion Rising, the unflinchingly honest account of an army officer’s journey through combat in the Iraq War and rising beyond the scars that trauma leaves behind.

Experience an honest, unedited, and occasionally humorous glimpse of the rigors of military training through Jeff’s eyes. Follow Jeff through up-close, fast-paced accounts of the thrills and dangers of combat as a Platoon Leader in Iraq. Feel the weight of the gruesome and tragic loss of eight men whose lives were lost in the line of duty. Journey with Jeff through his battle to face the scars and shadows that followed him long after his time serving in the military was over.

Through Jeff’s authentic voice and brave transparency, readers will be drawn into his story and find themselves able to relate to his struggle and ultimate rise from adversity.

This is not simply a military memoir, it’s a memoir of life — of tragedy, healing, and leadership. Through the heart-pounding stories of combat to the transparent and personal look into the process of healing, a message emerges – one that will inspire people across all walks of life.