Todd Starnes will sign copies of “Culture Jihad” in TN next month.

Todd Starnes is a respected journalist, award-winning broadcaster, and best-selling author. He is the host of “Starnes Country” on Fox Nation. He also hosts a nationally syndicated radio show and his daily one-minute commentaries are broadcast on hundreds of stations. Starnes was recognized by Barna as one of the top influencers of Evangelical voters. 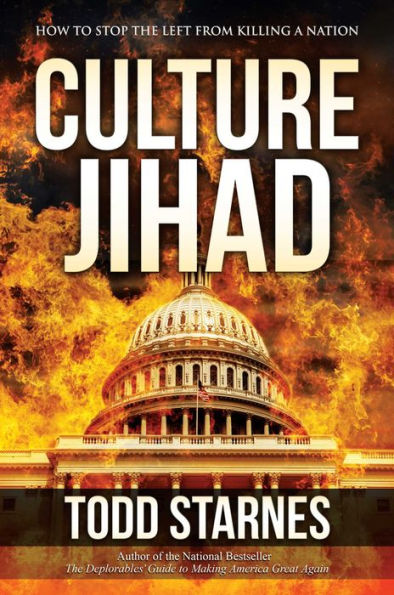 As seen on Fox & Friends!

The Left is bulldozing through American history. We the People are the only ones who can stop them.

America is on the verge of another Civil War. Socialism is on the rise. Free Speech is under assault. People of Faith are facing persecution. Gun owners are in the crosshairs. Our public schools have been turned into indoctrination centers.

A leftist mob made up of socialist politicians, academic elites, raging feminists, and effete Pajama Boys has partnered with Antifa, illegal aliens, and other radical groups to finish what President Obama started—a fundamental transformation of our nation.

Can America be saved?

Political columnist, commentator, author, and radio host Todd Starnes addresses this issue and more in Culture Jihad. He believes that if good-hearted patriots rise up together we can stop the jihad. It is possible to keep America great.