Harvey Grant Wall will sign copies of “The Secret of St. Andrews” in TN next month.

Harvey Grant Wall is the author. 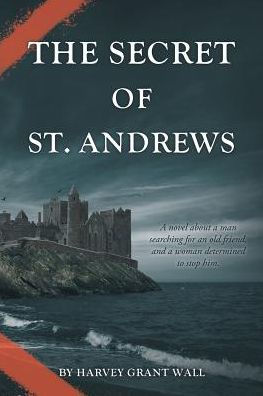 What, if one day, your daughter, who has been missing for two years, received an unexpected greeting card in the mail? Would this be the awakening of new hope of her return, or is this the beginning of closure? During the last weeks of 1979, Alan Albright sends a Christmas card to Jennifer Tavistock, a close friend he knew in St. Andrews, Scotland, during the summer of 1969. Jennifer’s father, Dr. Martyn Tavistock, a famed Boston cardiologist, contacts Albright the moment he receives Albright’s card. Dr. Tavistock demands to find out what any other father would want to know: what does Albright know about his daughter, who has been missing for two years? Meanwhile, in the city of Edinburgh, Scotland, we meet the Widow, a charming, urbane, and brilliant classical pianist who is committed to guarding what’s known as the Secret of St. Andrews. With the power that she possesses, she has the ability, and nerve, to destroy anyone whom she considers to be a threat. Even though ten years have passed since Albright last spoke with Jennifer, a chain of events unfolds that takes the reader on a journey that begins in a small Midwestern college town to the crème de la crème of Boston society, through the gilded world of Paris to Edinburgh, home of the Widow herself, only to end up in Jackson, Tennessee, where the reader learns once and for all about the Secret of St. Andrews. Inside this novel, the reader will be introduced to a mystery that occurs in a time where patriotic fervor is on the rise due to the outrage of American hostages being held in Iran as one decade is ending and a new one about to begin. We enter a world where big secrets are kept in small towns and ordinary people are often placed into extraordinary circumstances.