Phil Borque, former NHL star, is signing copies of “If These Walls Could Talk: Pittsburgh Penguins” at various locations during October and December.

Phil Bourque played for the Pittsburgh Penguins from 1983 to 1992, winning the Stanley Cup twice in that time. He currently serves as the color commentator alongside Mike Lange for Penguins radio broadcasts. Josh Yohe covers the Penguins for The Athletic Pittsburgh. He previously wrote about the team for the Pittsburgh Tribune-Reviewand then for DKPittsburghSports.com. 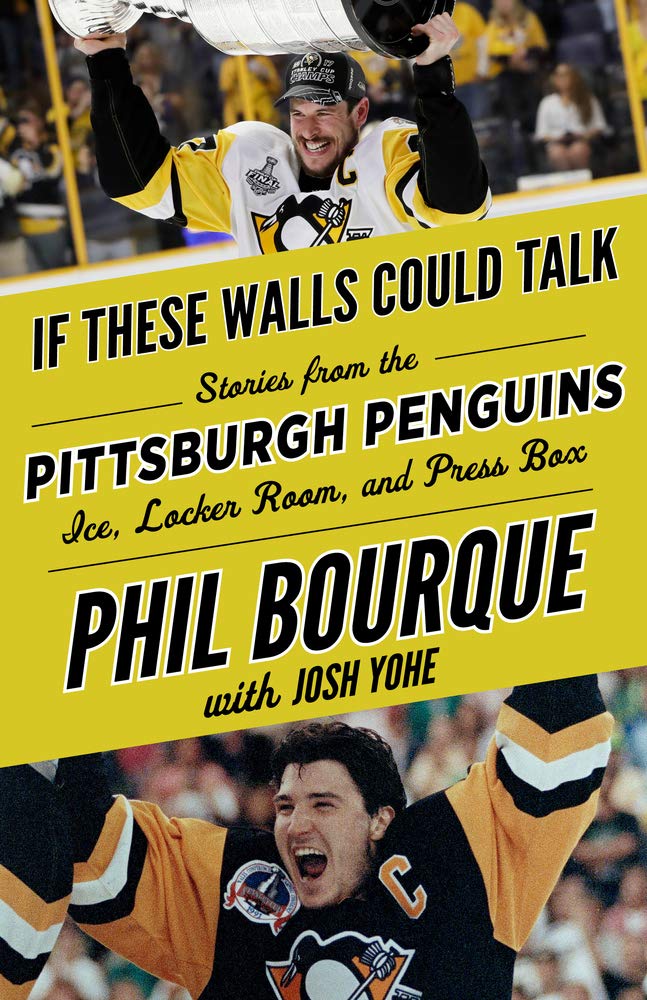 The Pittsburgh Penguins have become one of the most storied teams in NHL history, with five Stanley Cup championships and stars like Sidney Crosby, Mario Lemieux, Jaromir Jagr, and Evgeni Malkin who have all left their mark. Phil Bourque, who helped earn two of those Stanley Cup victories, has gotten to witness more than his fair share of that history up close and personal. Through singular anecdotes only Bourque can tell, as well as conversations with current and past players, this book provides fans with a one-of-a-kind, insider’s look into the great moments, the lowlights, and everything in between. Penguins  fans will not want to miss this.