Hank Phillippi Ryan will sign copies of “Trust Me: A Novel” in MA next month.

HANK PHILLIPPI RYAN is the investigative reporter for Boston’s NBC affiliate, and has won thirty-two Emmys and ten Edward R. Murrow Awards. A Boston Globe bestselling author, Ryan has won two Agatha Awards, in addition to the Anthony, Macavity, Daphne du Maurier, and Mary Higgins Clark Award. She is on the national board of directors of Mystery Writers of America and Sisters in Crime and is the author of The Other Woman, The Wrong Girl,Truth Be Told, Say No More, and What You See. 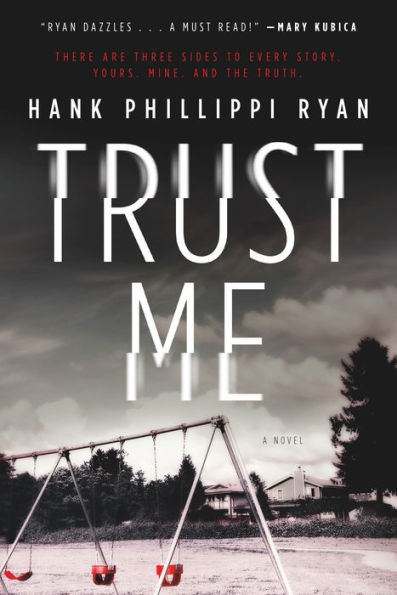 There are three sides to every story. Yours. Mine. And the truth.

An accused killer insists she’s innocent of a heinous murder.

A grieving journalist surfaces from the wreckage of her shattered life.

Their unlikely alliance leads to a dangerous cat and mouse game that will leave you breathless.

Who can you trust when you can’t trust yourself?

Trust Me is the chilling novel of psychological suspense and manipulation that award-winning author and renowned investigative reporter Hank Phillippi Ryan was born to write.