Heidi Diehl will sign copies of her new novel, “Lifelines” in NY this month.

HEIDI DIEHL’s writing has appeared in the Colorado Review, Crazyhorse, Indiana Review, Mississippi Review, Witness, and elsewhere. She received her MFA from Brooklyn College and has won fellowships from the MacDowell Colony, the Saltonstall Foundation, and the Vermont Studio Center. 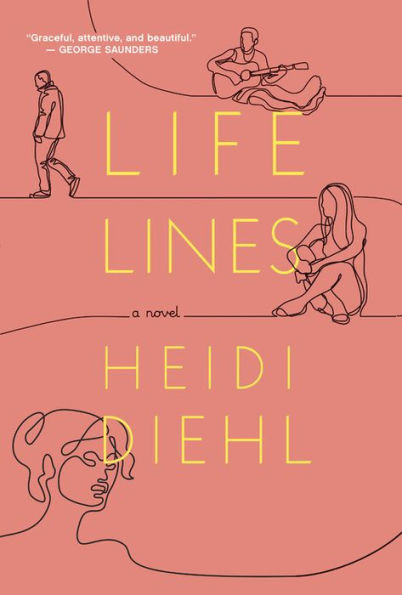 For fans of Meg Wolitzer and Maggie Shipstead: a sweeping debut novel following an American artist who returns to Germany—where she fell in love and had a child decades earlier—to confront her past at her former mother-in-law’s funeral.

It’s 1971 when Louise leaves Oregon for Düsseldorf, a city grappling with its nation’s horrific recent history, to study art. Soon she’s embroiled in a scene dramatically different from the one at home, thanks in large part to Dieter, a mercurial musician. Their romance ignites quickly, but life gets in the way: an unplanned pregnancy, hasty marriage, the tense balance of their creative ambitions, and—finally, fatally—a family secret that shatters Dieter, and drives Louise home.

But in 2008 she’s headed to Dieter’s mother’s funeral. She never returned to Germany, and has since remarried, had another daughter, and built a life in Oregon. As she flies into the heart of her past, she reckons with the choices she made, and the ones she didn’t, just as her family—current and former—must consider how Louise’s life has shaped their own, for better and for worse.

Exquisitely balanced, expansive yet wonderfully intimate, Lifelines explores the indelible ties of family; the shape art, history, and nationality give  to our lives; and the ways in which we are forever evolving, with each step we take, with each turn of the Earth.