George Graham has lived in South Louisiana for all his life. He has been an avid student, chronicler, and photographer of the region’s culture and culinary traditions. Born into a restaurant family and a former restaurateur himself, he has written about Cajun and Creole cuisine for newspapers and magazines, and he has been a finalist on television’s Food Network Challenge.

In 2013 he launched the blog Acadiana Table: George Graham’s Stories of Louisiana Cooking and Cajun/Creole Culture, which already has been a finalist for Best Food Blog: Regional Cuisine in Saveur magazine’s 2014 Best Food Blog Awards and also for Best Food Blog in the 2015 IACP Digital Media Awards—a remarkable record for such a young blog. He lives in Lafayette, Louisiana, with his wife and daughter. 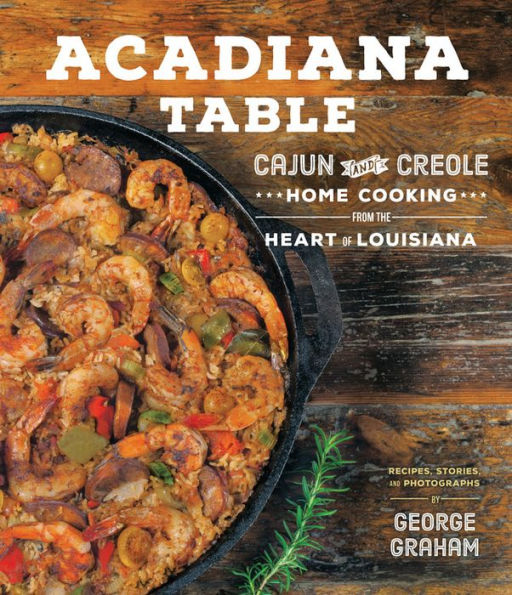 There’s nothing in the world quite like Creole and Cajun cooking. Experience this unique, regional cooking tradition that’s steeped in culture and history with Arcadiana Table.

In this beautifully photographed, 125-recipe regional cookbook, Louisiana native George Graham welcomes home cooks and food lovers to the world of Cajun and Creole cooking. The Acadiana region of southwest Louisiana, where this unique cuisine has its roots, is a journey into a fascinating culinary landscape.

Filled with many of the standard dishes expected in a Louisiana cookbook, Acadiana Table also includes brand-new recipes, techniques, and an exploration into the culture, geography, and history of this distinctive area. Fans of Louisiana are sure to love this cookbook, even if they’ve been cooking Creole and Cajun for years.