Author David R. Mellor will talk about and sign copies of his book, “One Base at a Time” in MA this month.

David R. Mellor is the Senior Director of Grounds for the Boston Red Sox Baseball team at Fenway Park where he oversees everything that involves the playing field, from games and events to field maintenance.

As the leading innovator of elaborate patterns used on athletic turf and turf in general, articles about David’s work have been published in The New York Times and USA Today and he has appeared on numerous television and radio programs including ESPN’s E:60 Fenway Keeper, the TODAY show, CBS Sunday Morning, and WEEI Sports Radio. His mowing patterns have been featured in the American Folk Art Museum and an international art exhibit. David has published two books on gardening and horticulture, Picture Perfect: Mowing Techniques for Lawns, Landscapes, and Sports (Hardcover, Wiley, 2001), and The Lawn Bible: How to Keep It Green, Groomed, and Growing Every Season of the Year (Paperback, Hyperion, 2003), both of which continue to be bestsellers in Amazon.com’s Home & Garden category. Picture Perfect is considered the text book for lawn patterns. He has co-authored or contributed to eleven other books.

David has cared for some of the greenest lawns in the nation—the ballparks used by the California Angels, San Francisco Giants, Green Bay Packers, Milwaukee Brewers, and, of course, the Boston Red Sox for eighteen years. He has thirty-four seasons of Major League Baseball experience during which he also worked eight years for the Green Bay Packers’ games at Milwaukee’s County Stadium.

David considers himself one of the luckiest people in the world, living by the old baseball saying, “one base at a time.” He buys a lottery ticket anytime the jackpot rises over one hundred million dollars as the statistics of winning millions of dollars is more likely than the chance of being hit by two different cars in two different cities. 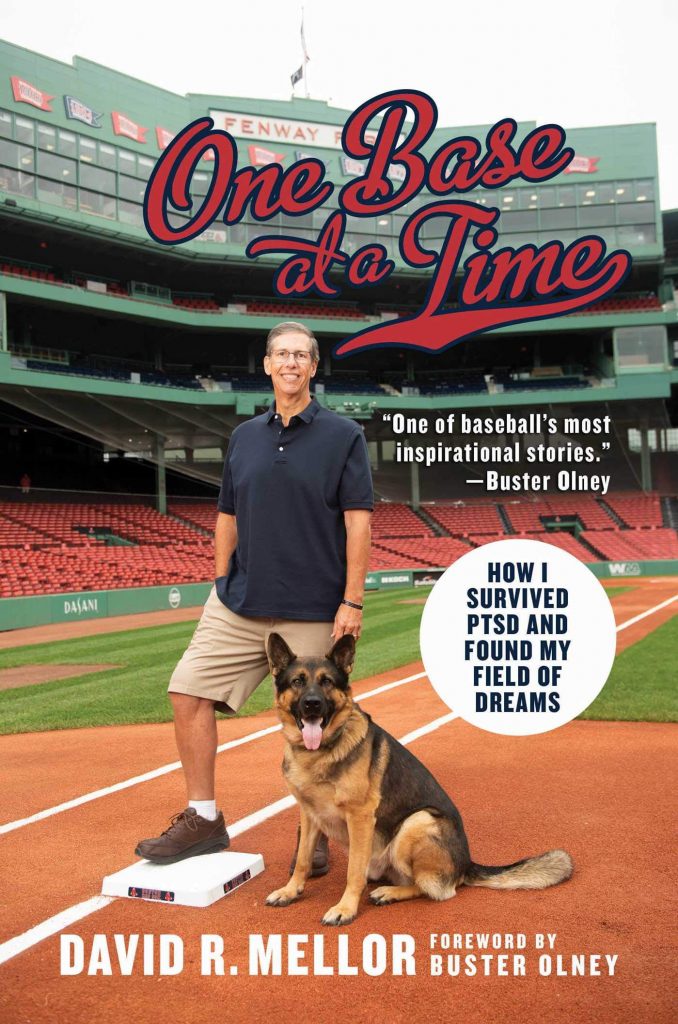 As featured in The Boston Globe Magazine!

“Dave Mellor has built one of baseball’s most inspirational stories over the last half-century. Anchored by a love for his family and the game, he survived incomprehensible catastrophes and PTSD to become a pioneering ballfield artist and head groundskeeper for Fenway Park.”

On July 10, 1981, David Mellor was just a baseball-crazed kid, a star high school pitcher preparing to go to college and dreaming of one day taking the mound in Fenway Park for his beloved Boston Red Sox. His dream was derailed as he crossed the parking lot of a McDonald’s. He heard the racing engine, but couldn’t defend himself against the car coming straight at him. It sent him flying through the air and into a wall, where it hit him again and pinned him, severely damaging his knee and destroying his hope of ever being a Major League pitcher.

In the wake of the accident, even as he reached the major leagues as a groundskeeper, David was tortured by the aftermath of his injuries and additional traumas, including being struck by a car again, this time in the outfield of Milwaukee’s County Stadium while he was working on overhauling the field for the Milwaukee Brewers. He suffered terribly from anxiety, nightmares and flashbacks, completely unaware that he was experiencing the debilitating symptoms of Post-Traumatic Stress Disorder, commonly known as PTSD.

One Base at a Time recounts in vivid detail his subsequent twenty-nine-year struggle with PTSD. This harrowing but inspiring story, documents the remarkable journey of a man debilitated by physical and psychological injuries who refused to give up even when everything seemed hopeless. After a fortuitous event, he admitted to needing help, sought effective treatment and turned his life around. It’s a powerful, helpful outline of the steps one needs to take to overcome the powerful hold PTSD has on one’s life.

One Base at a Time is a must read for anyone suffering in silence or anyone who knows someone suffering in the wake of severe traumatic events. Those who seem broken can be fixed and live a happy, fulfilling life.

“Dave is a truly unique person. His passion, hard work, creativity, and love for baseball gives life to Fenway Park. It gives intensity to us as ball players and pushes us to put on a show night after night. Dave is as much a part of the Red Sox team as anyone and his life and the adversity he has overcome is really inspiring.”—David “Big Papi” Ortiz

“The true star of Fenway Park is not one of the Red Sox players; it is the esteemed groundskeeper David Mellor. This is a powerful memoir, taking David from his days as a potential big league pitcher through the time when, after his dreams came to a traumatic halt, he battled PTSD and eventually returned to the diamond after conquering his demons. It is an inspiring story, and I encourage all baseball fans to read this motivating book.”—Tom Werner, Chairman of the Boston Red Sox

“Every now and then someone really special comes into your life. David Mellor is one of those special people. Whether he’s hand cutting the infield grass or making it possible for 30,000 people to run across the plate at Fenway you know you are in the presence of greatness. If you feel the need for inspiration or motivation, read his book, get up off the couch and get back in the game.”—Lenny Clarke, Comedian/Actor

“David’s long battle with PTSD and chronic debilitating pain, all while he worked a demanding job full time, is a powerful story that will help many who suffer silently with these conditions. You cannot help but be captivated and inspired by his road to recovery, fueled by a determination to never give up, never give in.” —Padma Gulur MD, Professor of Anesthesiology, Vice Chair, Operations and Performance, Department of Anesthesiology, Duke University

“The reality is that PTSD is not only found in men and women returning from battle. It rears its ugly head in all aspects of our society, from those abused as children to people scarred from having observed a terrible crime…. If you have PTSD or know someone who does, read this book!”—Jeff Arle, MD, PhD, Neurosurgeon, Harvard Medical School