Tomi Lahren, conservative pundit, will be signing copies of “Never Play Dead” in multiple locations across the country.

Tomi Lahren is FoxNews contributor and host on the digital streaming platform FoxNation. She is the youngest political talk show host in history. Her signature “Final Thoughts” segments exceed 500 million views on Facebook alone. Previously, Lahren served in a communications role at Great American Alliance, hosted “Tomi” on The Blaze, and “On Point with Tomi Lahren” on One America News Network. 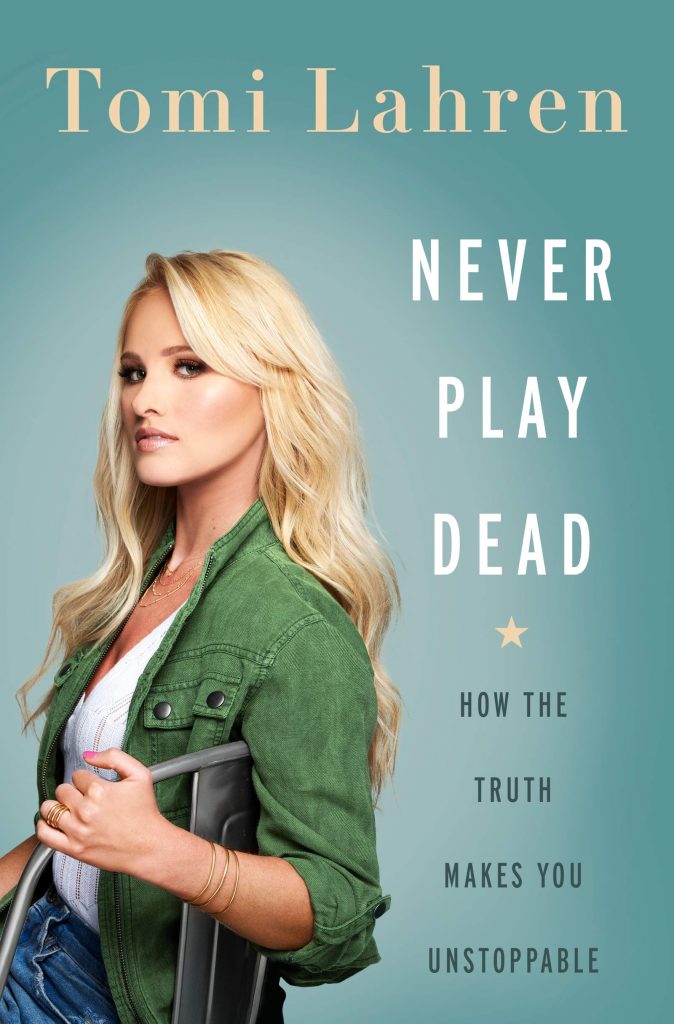 Fans are always asking Tomi Lahren where she gained the confidence and candor that have made her who she is: a celebrated free-speech advocate, a conservative media star, and one of the most controversial pundits in America.

In Never Play Dead, Tomi cheers on anyone, especially other young women willing to speak their minds. She takes readers on a tour of the internet trolls, political correctness police, campus activists, and condescending elites who never pass up a chance to quash honest debate. And she skewers the self-esteem movement that ironically discourages people from speaking up for themselves.

She tells the story of how she worked her way out of South Dakota to television fame in LA, surviving social isolation, a truly terrible boyfriend, and awful workplaces. Along the way, she was tempted to follow everyone’s advice to keep quiet and bide her time, but she never did.

This comes at a cost. Any time Tomi posts a video or sends out a tweet, it makes headlines. A video of a stranger throwing a glass of ice water at her and her parents went viral, and the president tweeted about it. She was fired at The Blaze because she wouldn’t toe the party line. However, it’s fine to lose followers as long as you never lose yourself. Whether you’ve been told you’re not good enough by parents, lovers, frenemies, bad bosses, or social media, it’s time to take Lahren’s advice and fight back.

Free speech isn’t just saying what you want; it’s hearing what you don’t want to hear. Never Play Deadteaches you to shed your fear, find your inner strength, speak the truth, and never let the haters get you down.