Sean Kanan, star of “The Bold and the Beautiful”, and Jill Liberman, will be signing copies of “Success Factor X” at various locations across the country during May and June.

A true Renaissance man, Sean Kanan epitomizes the expression “triple threat” having achieved success as an actor, producer and author/ screenwriter. From his breakout performance as a villain, Mike Barnes, in the Karate Kid III beating out over two thousand hopefuls to his iconic roles in daytime television playing black sheep AJ Quartermaine on General Hospital to his critically acclaimed portrayal of Deacon Sharpe on The Young and the Restless and The Bold and the Beautiful, television’s most syndicated show in history seen in over one hundred countries he is recognized around the world. Having starred in over fifteen feature films Sean splits his time between Los Angeles and Palm Springs where he dedicates his free time to charitable endeavors, practicing martial arts, traveling and learning multiple foreign languages. He is the author of The Modern Gentleman: Cooking and Entertaining with Sean Kanan and co author of Success Factor X. 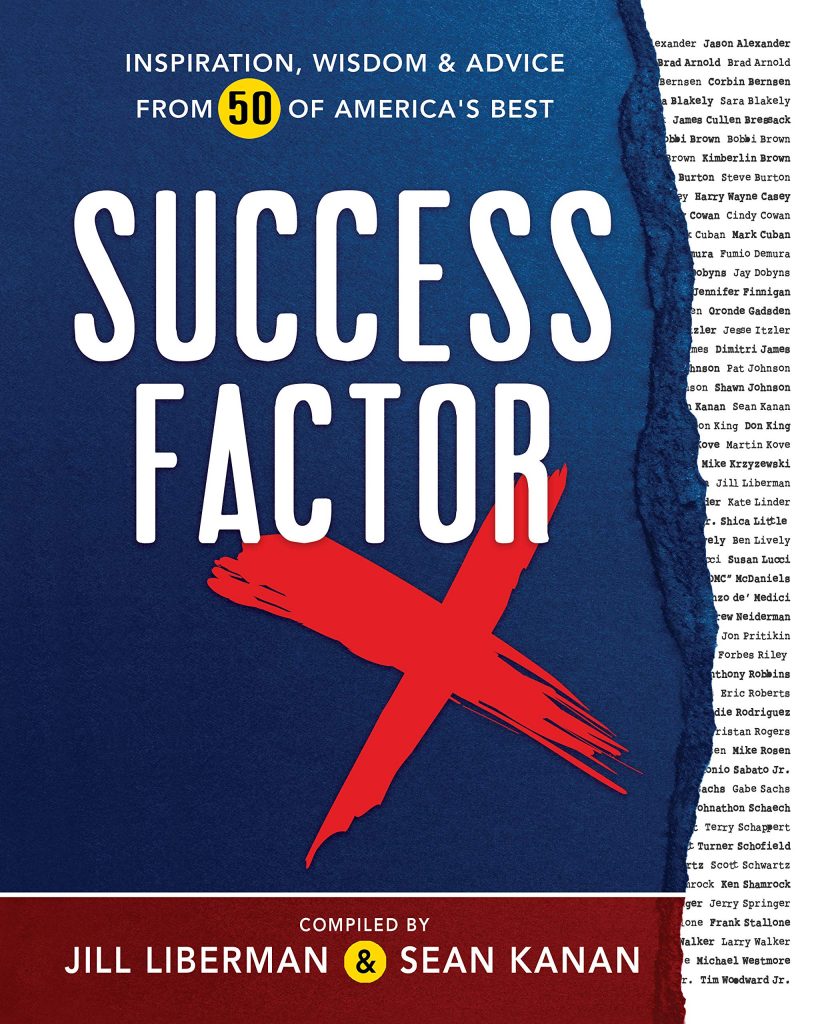 What is that elusive quality, that X factor that makes some people wildly successful? By asking some of the most notable leaders in the world, actor, author, and producer Sean Kanan and entrepreneur, author, and motivational speaker Jill Liberman might just have found the answers. In this compilation, sit at the feet of Tony Robbins, Mark Cuban, Jason Alexander, Sara Blakely, Don King, and more to learn the truth about success.