Edgar Martinez, former Seattle Mariners star, will be signing copies of “Edgar” in WA during June.

Raised in Dorado, Puerto Rico, Edgar Martinez spent his entire major league career with the Seattle Mariners, winning the American League batting title twice across 18 seasons. He currently serves as a hitting instructor for the Mariners organization and lives with his family in the Seattle area. 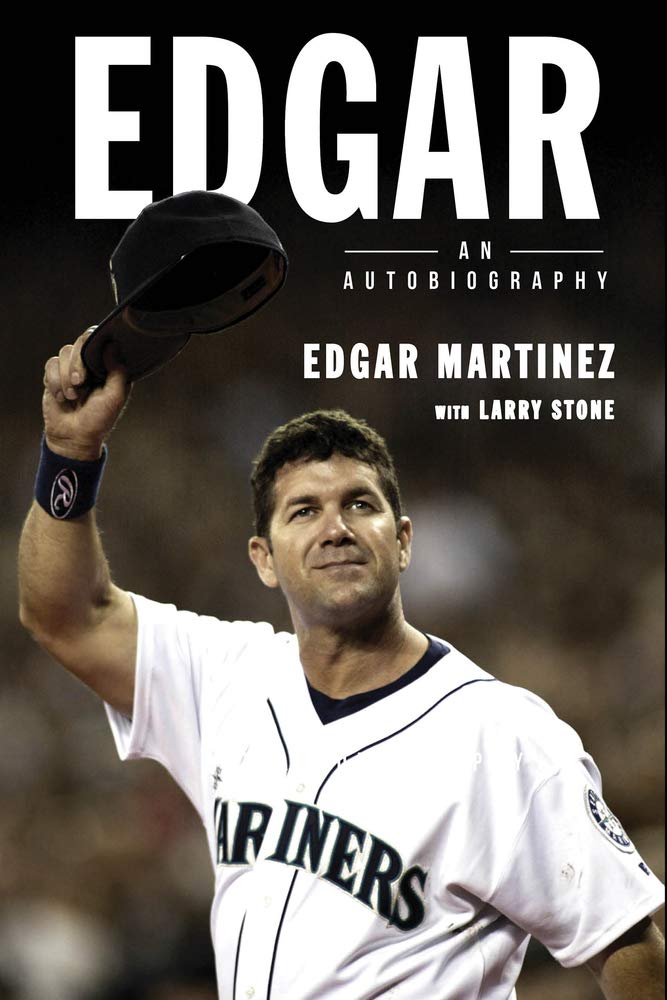 Patience, persistence, and the most unlikely of circumstances vaulted Edgar Martinez from a poor neighborhood in Dorado, Puerto Rico to the spotlight in Seattle, where he spent the entirety of his 18-year major league career with the Mariners. At last, his path is destined for one last stop: the Baseball Hall of Fame in Cooperstown.

Long before he cemented his status as one of the finest players of his generation, Martinez honed his batting skills by hitting rocks in his backyard and swinging for hours at individual raindrops during storms. Loyal and strong-willed from a young age, he made the difficult decision at only 11 to remain behind with his grandparents while his family relocated to New York, attending school and then working multiple jobs until a chance Mariners try-out at age 20 changed everything.

In this illuminating, highly personal autobiography, Martinez shares these stories and more with candor, characteristic humility, and surprising wit. Highlights include the memorable 1995 and 2001 seasons, experiences playing with stars like Randy Johnson, Ken Griffey Jr., and Alex Rodriguez, and life after retirement as a family man, social advocate, and Mariners hitting coach. Martinez even offers practical insight into the mental side of baseball and his training regimen, detailing how he taught himself to see the ball better than so many before and after him.

Interwoven with Martinez’s own words throughout are those of his teammates, coaches, and contemporaries, contributing a distinctive oral history element to this saga of a remarkable career.