One of the top tight ends in the National Football League, Martellus Bennett’s talents extend well beyond the football field — he’s a renaissance man in a league of his own. Bennett is an entrepreneur, animator, illustrator, author, app creator, creator, dreamer and much more.

Bennett’s inspiration behind the Hey A.J. book series first stemmed from his now 3 year old daughter Jett, when he discovered that none of the characters in the books represented her. He wanted to make a difference by creating literature that African American children could relate to, so he decided to take matters in his own hands.

Bennett’s creative force also transcends into the world of music; he recently dropped a five-track EP, I’m Not A Rapper But Some of My Friends Are, featuring BoxTony, David Allen Dope, Keith Jacobs, Low Down and Franchise Tief. The well-reviewed EP follows his first ever mixtape, Year of the Orange Dinosaur, which made its debut in 2014.

When he’s not busy bringing his imagination to life, Bennett is tearing up the football field as one of the top tight ends in the NFL. Over his career, he’s scored more than 30 touchdowns and caught 403 receptions, for 4,000 receiving yards. He was a key part of the Super Bowl-winning 2016 New England Patriots and was named to the 2014 Pro Bowl. Raised in Houston Texas, Bennett played football and basketball at Texas A&M before he was selected in the second round of the 2008 NFL Draft by the Dallas Cowboys in 2008. Bennett has played the Chicago Bears, New York Giants and the New England Patriots. In March 2017, Bennett signed with the Green Bay Packers. Bennett currently resides in Chicago, Illinois with his wife Siggi and his 3 year old daughter Jett. 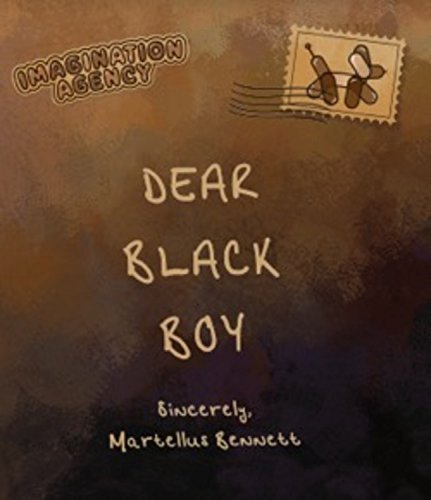 Dear Black Boy is a letter of encouragement to all of the black boys around the world who feel like sports are all they have. It is a reminder that they are more than athletes, more than a jersey number, more than a great crossover or a forty-yard dash, that the biggest game that they’ll ever play is the game of life, and there are people rooting for them off of the courts and fields, not as athletes, but as future leaders of the world. The same things that make these strong beautiful black boys great on whatever playing surface they choose are the same things that will propel them forward in life: mental toughness, dedication, passion, determination, and effort are all things that carry over into the game of life. With the right preparation, every Black Boy can win. 10% of proceeds from book sales will go to charity.