Doc Collins will sign copies of “1300 Hours” at VA next month.

After years of excruciating workouts, laying the foundation of a career in fitness and sports entertainment, Doc found himself alone in his mid-thirties writing a romance story. With the end of his short tenure (of six years as a Medic in the U.S. Army) in sight, his focus shifted to writing rather than athletics or continuing with medicine. What unfolded each time Doc picked up a pen was the unearthing of his own romantic ideations from his previous marriage relationships, coupled with a desire to storytell around his own experiences and those shared with him by other trusted service members. 1300 HOURS is the first published work for this emerging Veteran- Author. He is a father to two sons, Titus and Maximus, and lives in Virginia where he grew up. 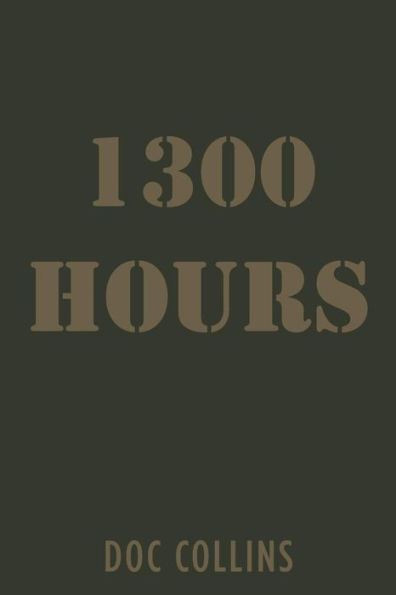 The book 1300 Hours serves as a love letter to the veteran and service member communities.
CPT Ava Stenberg flies US and Coalition forces from the battlefield to the next echelon of care, as an army flight nurse working with the air force CCATT team. When she’s not deployed, she oversees the trauma unit at MCV Hospital in Richmond, Virginia. While tremendously accomplished in her professional life, her personal life bears scars that are both visible and unseen-sleeplessness, PTSD, moral trauma, survivor guilt, two divorces, and a service dog accompanies the traits of a nation’s hero that is still only human.
The book 1300 Hours introduces an unlikely pairing of a Major League Baseball hopeful and a widow, who opens a physical therapy practice in the city. Dalton Michelson, a B-list celebrity-athlete, has absolutely no concept of military life or how to navigate the culture of the fairer sex since suffering a personal loss.
This first installment of a five-book series captures the reality of human interaction in today’s socio-economic climate.