Steve Earle, country music star, will be signing copies of “GUY” in CA next month.

Stephen Fain Earle (born January 17, 1955) is an American rock, country and folk singer-songwriter, record producer, author and actor. Earle began his career as a songwriter in Nashville and released his first EP in 1982.

His breakthrough album was the 1986 album Guitar Town. Since then Earle has released 15 studio albums and received three Grammy awards. His songs have been recorded by Johnny Cash, Waylon Jennings, Travis Tritt, Vince Gill, Patty Loveless, Shawn Colvin, Ian Stuart Donaldson and Emmylou Harris. He has appeared in film and television, and has written a novel, a play, and a book of short stories. 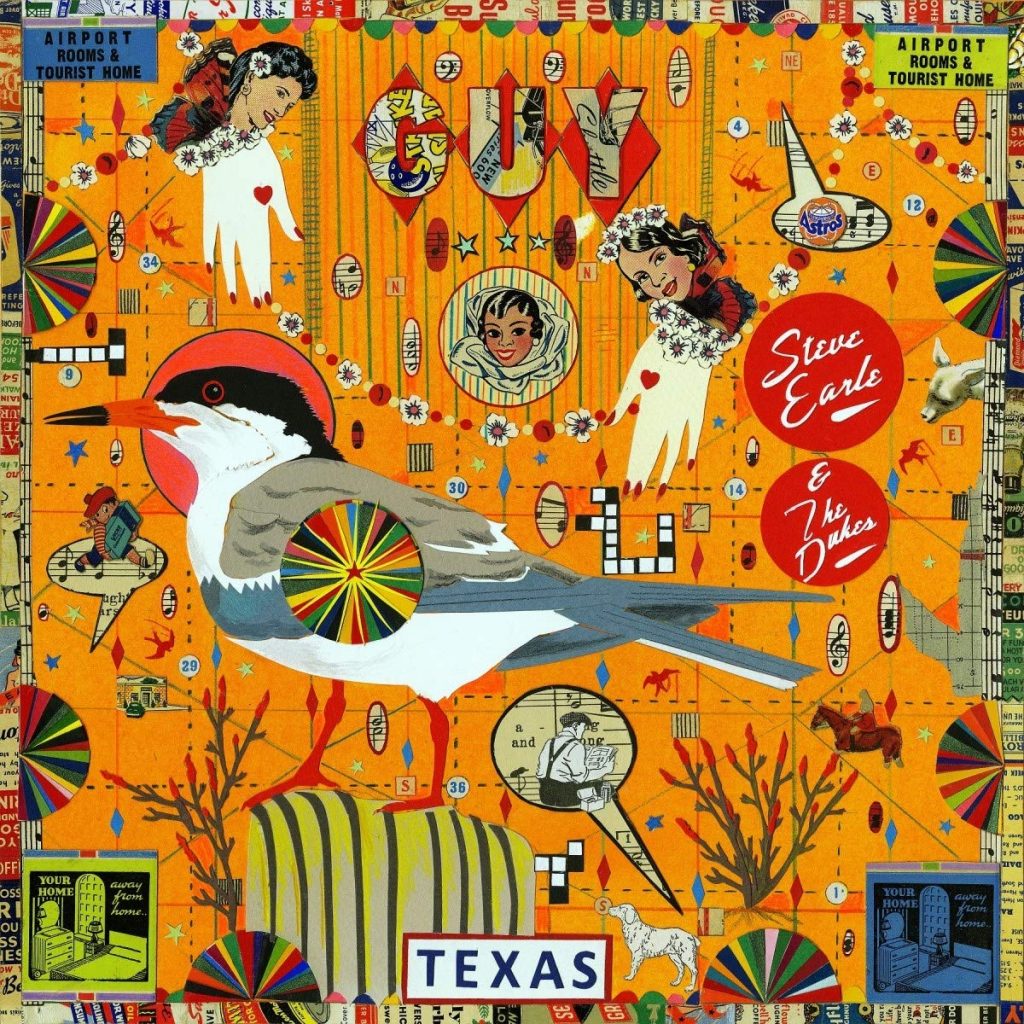 Steve Earle was nineteen and had just hitchhiked from San Antonio to Nashville in 1974. Back then if you wanted to be where the best songwriters were you had to be in there. Guy Clark had moved to Nashville and if you were from Texas, Guy Clark was king. Flash forward more than forty years. In the fall of 2018, Steve and The Dukes went into House Of Blues studio in Nashville and recorded GUY in six days. ‘I wanted it to sound live…When you’ve got a catalog like Guy’s and you’re only doing sixteen tracks, you know each one is going to be strong.’ Earle and his current, perhaps best-ever Dukes lineup, take on these songs with a spirit of reverent glee and invention. But in the end Guy leads the listener back to its beginning, namely Guy Clark, which is what any good ‘tribute’ should do. Guy is a saga of friendship, its ups and downs, what endures. We are lucky that Earle remembers and honors these things, because like old friends, Guy is a diamond.