Abby Wambach, former soccer great, will be signing copies of “Wolfpack” at various locations during April.

ABBY WAMBACH is a two-time Olympic gold medalist, FIFA World Cup Champion, and the highest all-time international goal scorer for male and female soccer players. She is an activist for equality and inclusion and the New York Times bestselling author of Forward: A Memoir. Abby is co-founder of Wolfpack Endeavor, which is revolutionizing leadership development for women in the workplace and beyond through her champion mindset, individualized coaching, and team-bound focus. Abby lives in Florida with her wife and three children. 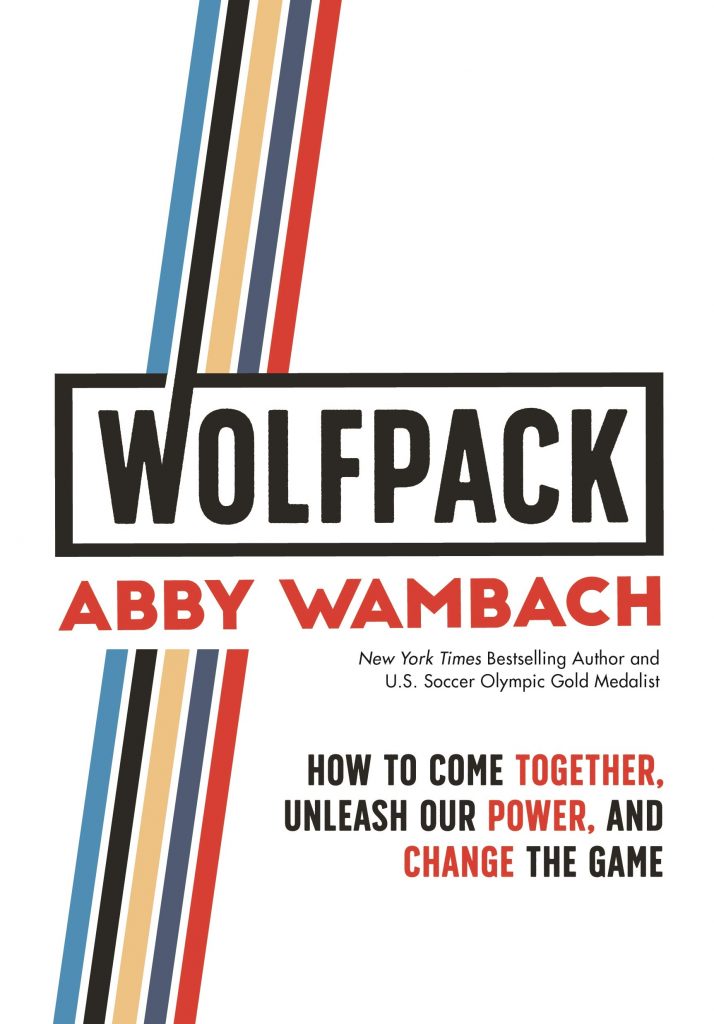 Abby Wambach became a champion because of her incredible talent as a soccer player. She became an icon because of her remarkable wisdom as a leader. As the co-captain of the 2015 Women’s World Cup Champion Team, she created a culture not just of excellence, but of honor, commitment, resilience, and sisterhood. She helped transform a group of individual women into one of the most successful, powerful and united Wolfpacks of all time.

In her retirement, Abby’s ready to do the same for her new team: All Women Everywhere.

In Wolfpack, Abby’s message to women is:

We have never been Little Red Riding Hood. We Are the Wolves.
We must wander off the path and blaze a new one: together.

She insists that women must let go of old rules of leadership that neither include or serve them. She’s created a new set of Wolfpack rules to help women unleash their individual power, unite with their Wolfpack, and change the landscape of their lives and world: from the family room to the board room to the White House.

· Make failure your fuel: Transform failure to wisdom and power.
· Lead from the bench: Lead from wherever you are.
· Champion each other: Claim each woman’s victory as your own.
· Demand the effing ball: Don’t ask permission: take what you’ve earned.

In Abby’s vision, we are not Little Red Riding Hoods, staying on the path because we’re told to. We are the wolves, fighting for a better tomorrow for ourselves, our pack, and all the future wolves who will come after us.