Tony Dungy, Super Bowl winning coach, will be signing copies of “The Soul of A Team” in IN next month.

Tony Dungy is a #1 New York Times bestselling author whose books include Quiet Strength, Uncommon,The Mentor Leader and Uncommon Marriage. He led the Indianapolis Colts to Super Bowl victory on February 4, 2007, the first such win for an African American head coach. Dungy established another NFL first by becoming the first head coach to lead his teams to the playoffs for ten consecutive years.

Dungy joined the Colts in 2002 after serving as the most successful head coach in Tampa Bay Buccaneers’ history. He has also held assistant coaching positions with the University of Minnesota, Pittsburgh Steelers, Kansas City Chiefs, and Minnesota Vikings. Before becoming a coach, Dungy played three seasons in the NFL.

Dungy has been involved in a wide variety of charitable organizations, including All Pro Dad, Abe Brown Ministries, Fellowship of Christian Athletes, Athletes in Action, Mentors for Life, Big Brothers Big Sisters, and Boys & Girls Clubs. He also works with Basket of Hope, Impact for Living, the Black Coaches Association National Convention, Indiana Black Expo, the United Way of Central Indiana, and the American Diabetes Association.

He retired from coaching in 2009 and now serves as a studio analyst for NBC’s Football Night in America. He and his wife, Lauren, are the parents of ten children. 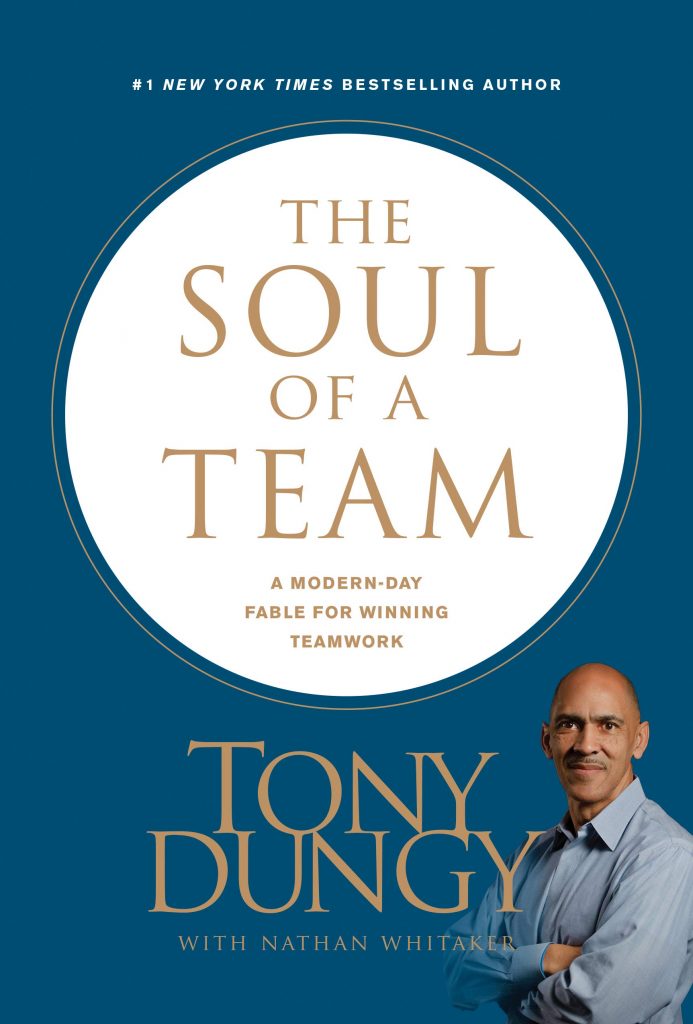 From the New York Times bestselling author of The Mentor Leader and Quiet Strength comes a book sure to transform your team or organization!

For most people, succeeding in life requires mastering the art of teamwork. Whether at work, school, church, or home, virtually everyone is part of a team?and when they work well, teams can accomplish more than individuals working by themselves.

But not all teams are created equal. When a team isn’t functioning well, individual strengths can be undermined and weaknesses accentuated, making the work environment a terrible place to be. So what does a truly effective team environment look like, and how can you create one within your own organization?

As a former Super Bowl–winning coach, Tony Dungy is an expert at building and bringing out the best in a team. Drawing on his experiences from years of coaching and working with other leaders, this football fable lays out four essential principles practiced by truly effective teams. Telling the story of a fictional NFL team looking for a turnaround, The Soul of a Team not only identifies some of the most common issues that hold a team back but also lays out a game plan for winning teamwork. Whether you aspire to be a better leader or a stronger team player, The Soul of a Team will show you how to contribute to a stronger, healthier, more productive team destined for success.