Val Ballestrem will be signing copies of his new book Lost Portland “Lost Portland, Oregon” at OR this month.

Val C. Ballestrem is a public historian and the education manager for the Bosco-Milligan Foundation’s Architectural Heritage Center in Portland, Oregon. A lifelong resident of the Portland area, he has a master’s degree in western U.S. history and public history from Portland State University. He currently lives in Milwaukie, Oregon, with his wife and two cats. 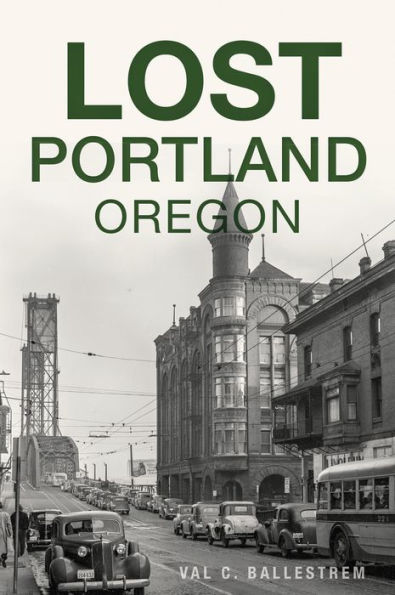 As Portland has grown and changed, so has its architectural landscape. Once prominent landmarks have disappeared–the Marquam Building collapsed during 1912 renovations, the massive chamber of commerce building became a parking lot and the Corbett Building became a shopping mall. The city skyline was shaped by architects like Justus F. Krumbein and David L. Williams, only to drastically change in the face of urban renewal and the desire for modernization. Discover the stories behind some of Portland’s most iconic buildings, including the Beth Israel Synagogue and the first East Side High School, both lost to fire. Join historian Val C. Ballestrem as he explores the city’s architectural heritage from the 1890s to the present, as well as the creative forces behind it.