Michael J. DeGrow will be signing copies of “Before the End: One-Eyed Willie” in MI this month.

Michael J. DeGrow is the author “Before the End: One-Eyed Willie”. 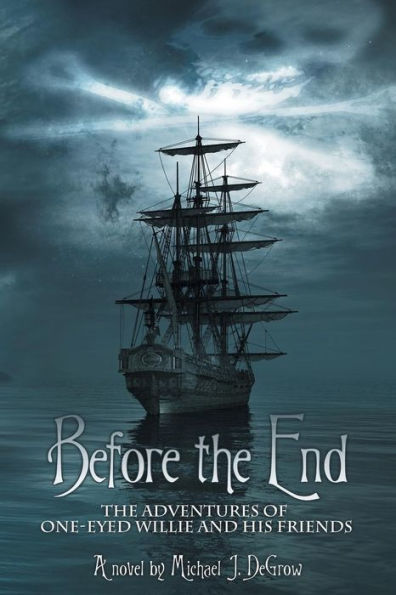 One-Eyed Willie is back! Only this time, he returns as a living, breathing, young teen who teams up with his sixteenth-century pals on an amazing adventure on the high seas. Willie and his friends, Thumbs, Tolliver and Twig, find themselves unwitting passengers on a pirate ship and ultimately on a quest to find Magellan’s body – and the magnificent treasure rumored to be buried with him.

Accompany these young buccaneers in their daring exploits as they encounter man-eating creatures, malevolent ghostly specters, fierce pirates, and a diabolical island chief bent on their destruction. Follow their funny mishaps and challenges as they make their way through a long, treacherous sea voyage and come to grips with adversity with the aid of Maia, an exceedingly clever island girl.

Before the End will challenge the notion that One-Eyed Willie was the ruthless pirate he was once made out to be – but rather, paint a picture of a young boy finding courage, honor and virtue on his journey toward manhood.

Michael J. DeGrow, founder and president of DeGrow & Associates, Inc., has spent much of his professional life authoring legislation, policies, speeches and other technical documents. His new book, Before the End, is an imaginative departure from his professional work and brings to life his boyhood passion for high adventure, marauding pirates and lost treasure. His experience with canoe expeditions into the wilds of Canada, caving in Pennsylvania and prospecting for gold in Alaska has given him keen insight and inspiration for this book. Mike lives in Eaton Rapids, Michigan where he raised his children with his wife Katherine.