Sean Hayes, star of “Will & Grace”, will be signing copies of “Plum!” at various locations across the country during November and December.

Sean Hayes is best known as the award-winning actor who stars as Jack McFarland on Will & Grace. He is also a writer, comedian, and producer. He lives with his husband, Scott Icenogle, in Los Angeles. In addition to his credits in television and film, he has also found success on Broadway. Plum is his first picture book. 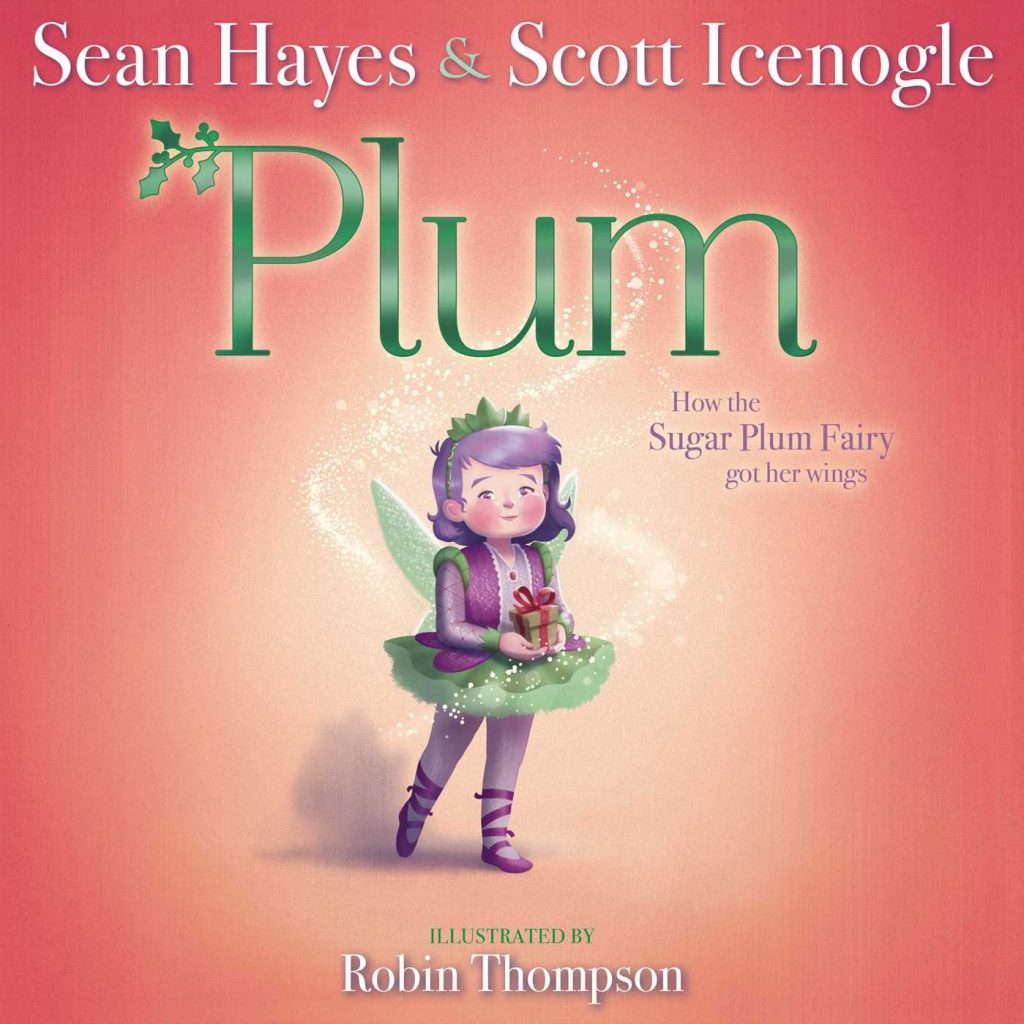 From Will & Grace star Sean Hayes and composer Scott Icenogle comes a modern classic inspired by The Nutcracker about how the Sugar Plum Fairy got her wings.

Plum will not stay glum.

For as long as she can remember, Plum has lived at the Mary Fitzgerald Orphanage, wishing and hoping for a family. When a sudden snowfall threatens a delivery of presents on Christmas Eve, Plum is determined to save Christmas—even for the kids who laugh at her.

Plum’s pure heart grants her an unexpected reward. When she eats a cake left behind by a mysterious magician, she is transported into the Land of Sweets. But Christmas here is threatened, too—by a sourness that is spreading from the center of the land. Plum’s determined to help, and in doing so, she might just find the family she’s always dreamed of, thanks to a good heart—and Christmas magic!