David Ramseur signs his book “Melting the Ice Curtain” at AK this week.

David Ramseur is a visiting scholar in public policy at the University of Alaska Anchorage’s Institute of Social and Economic Research. He served as press secretary, communications director, chief of staff, and foreign policy advisor to Alaska Governors Steve Cowper and Tony Knowles and to Anchorage Mayor and US Senator Mark Begich. Ramseur has visited the Soviet Union and Russia more than a dozen times starting with the Alaska Airlines’ “Friendship Flight” in 1988. 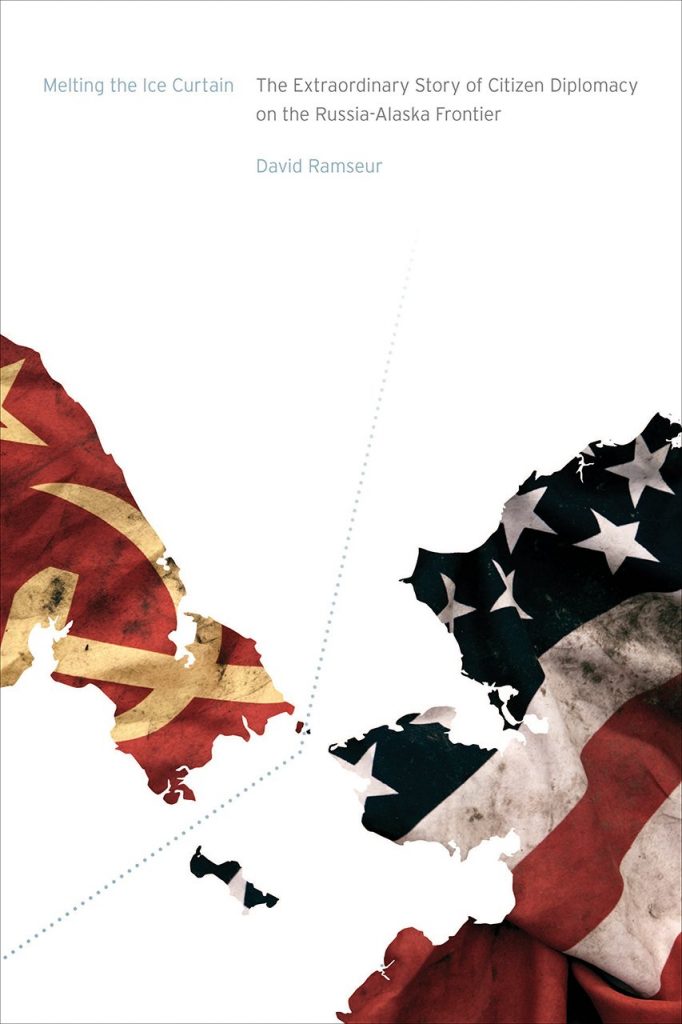 Just five years after a Soviet missile blew a civilian airliner out of the sky over the North Pacific, an Alaska Airlines jet braved Cold War tensions to fly into tomorrow. Crossing the Bering Strait between Alaska and the Russian Far East, the 1988 Friendship Flight reunited Native peoples of common languages and cultures for the first time in four decades. It and other dramatic efforts to thaw what was known as the Ice Curtain launched a thirty-year era of perilous, yet prolific, progress.

Melting the Ice Curtain tells the story of how inspiration, courage, and persistence by citizen-diplomats bridged a widening gap in superpower relations. David Ramseur was a first-hand witness to the danger and political intrigue, having flown on that first Friendship Flight, and having spent thirty years behind the scenes with some of Alaska’s highest officials. As Alaska celebrates the 150th anniversary of its purchase, and as diplomatic ties with Russia become perilous, Melting the Ice Curtain shows that history might hold the best lessons for restoring diplomacy between nuclear neighbors.