Charlotte Pence will be signing copies of “Where You Go: Life Lessons from My Father” in NJ this month.

Charlotte Pence is the New York Times bestselling author of Marlon Bundo’s Day in the Life of the Vice President (Regnery Publishing, 2018). Her work has also been published in Glamour magazine and featured in US Weekly, among other major media outlets. A graduate of DePaul University with a BA in Digital Cinema Screenwriting and English, Charlotte contributed writing and production skills to the Emmy Award winning documentary, Fleeced (WFYI Productions). After college, she accompanied her parents on the campaign trail across America, when her father, Vice President Mike Pence, ran for office alongside President Donald Trump. Charlotte lives in Cambridge, Massachusetts where she attends Harvard Divinity School. 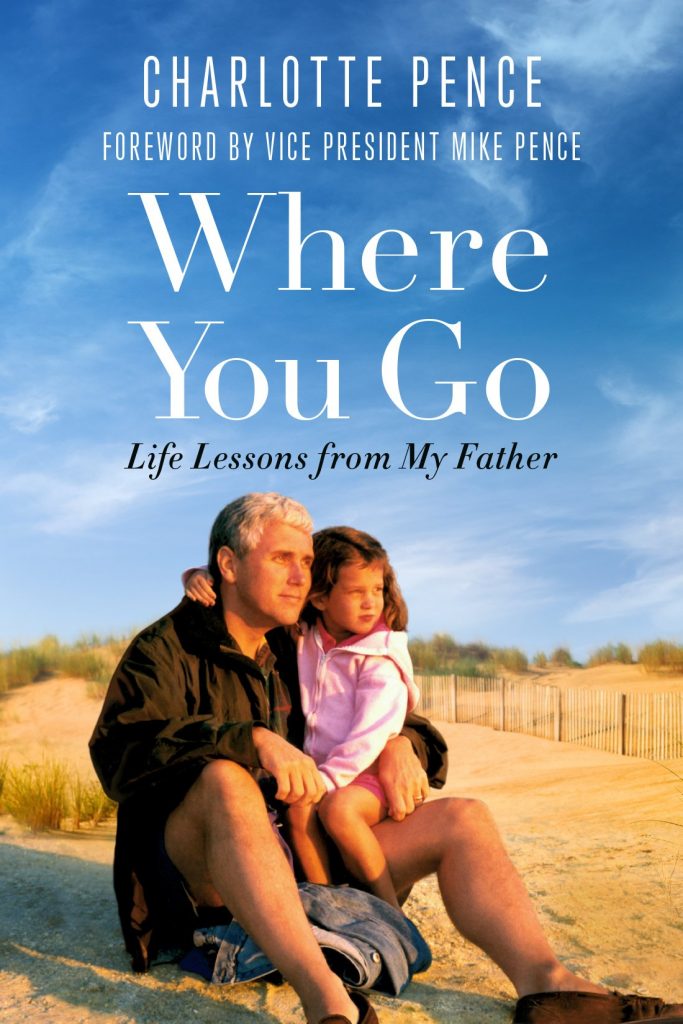 A stirring portrait of Vice President Mike Pence from his own daughter: the story of a Christian husband and father who answers the call to serve America with his family by his side.

When Mike Pence set out on the vice presidential campaign trail, his daughter Charlotte knew the next 100 days would be exciting and challenging. But she also knew that her father-a dedicated public servant-would succeed because he’d cling to his faith, his love for America, and his family every step of the way.

New York Times bestselling author Charlotte Pence pays tribute to her father, revealing the lessons he has taught her from his rich spiritual life. Through favorite memories from childhood and vivid moments captured on the campaign trail, like the times she helped her dad prepare for debates, Charlotte offers a compelling story of love, hope, and how to overcome adversity. Featuring a foreword from Vice President Mike Pence and a sixteen-page color photo spread, Where You Go is an uplifting celebration of family that will inspire audiences of all ages and backgrounds.
Chapters include: