Keegan Connor Tracy, star of “The Magicians”, will be signing copies of “This Is a Job For Mommy!” in CA next month.

Keegan Connor Tracy is an award-winning actress best known for her ability to play a diverse range of characters – from the inscrutable Blue Fairy on ABC’s hit show Once Upon a Time to her turn as troubled teacher Blair Watson, who wooed young Norman in Bates Motel. Now enjoying her third season as a Professor of Magic on Syfy’s hit The Magicians, she also rules as Queen Belle in both installments of Disney’s smash musical success Descendants, which has upwards of 100 million views. She has also been known to destroy a zombie or two in Legendary Films’ adaptations of the Dead Rising franchise, and recently recurred, to her delight, on Netflix’s A Series of Unfortunate Events. Whether she is training in Muay Thai to help with fight scenes, practicing guitar and ukulele to perform for live audiences, or loading up the raft for a white water expedition, Keegan is always looking for what’s next. Currently prepping her directorial debut, she remains actively involved in the Women in Film and TV mentorship program, helping up-and-coming actors by sharing what she has learned in her 20+ years in the industry. Keegan lives and works in Vancouver – or wherever they send her next. 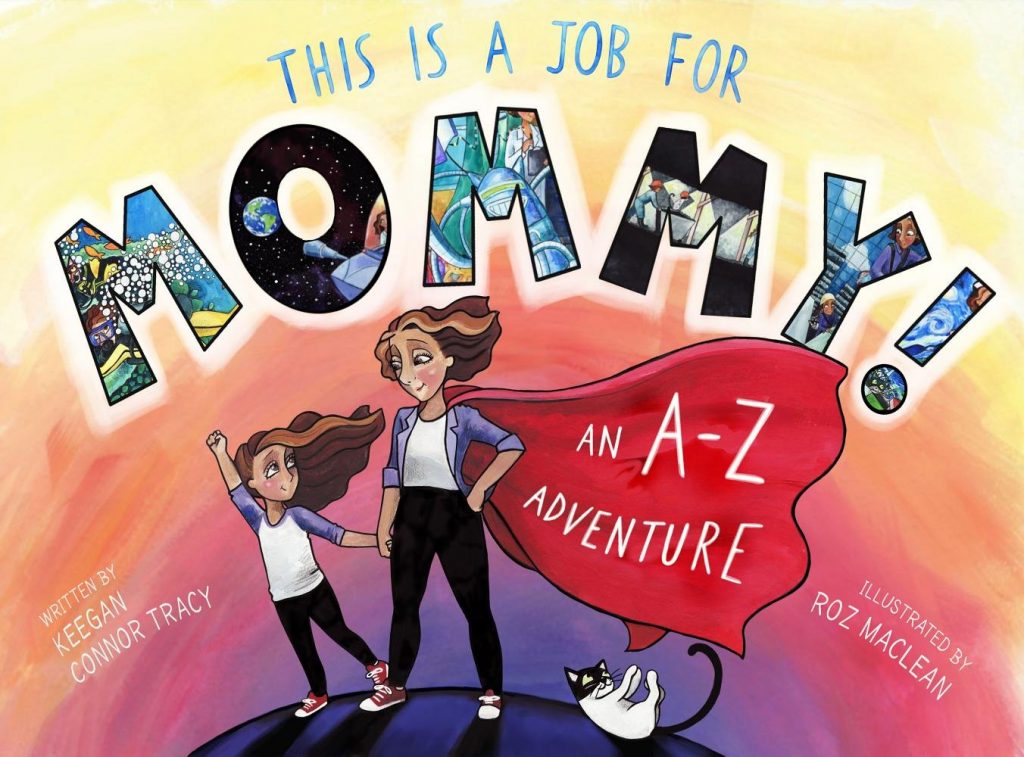 A delightful ABC adventure which shows that moms can do any job – and so can you! Join a mother-daughter duo (and their kitty!) as they travel through the alphabet, exploring twenty-six different careers. With a fun, rhyming text and vibrant illustrations, this book is ideal for reading to children and teaching them not only the basics of the alphabet but also about the big, exciting world out there!