Busy Phillips, star of “Freaks & Geeks”, will be signing copies of “This Will Only Hurt A Little” in IL and MA during October.

Busy Philipps is an actress best known for roles in cult TV classics like Freaks and Geeks, Dawson’s Creek, Cougar Town, ER, and, most recently, HBO’s Vice Principals. She has appeared in fan-favorite films such as Made of Honor, I Don’t Know How She Does It, He’s Just Not That Into You, White Chicks, and The Gift. She also was one of the writers of the hit film Blades of Glory. In fall 2018, her late-night talk show, Busy Tonight, premieres on E!. Busy lives in Los Angeles with her husband and their two daughters. 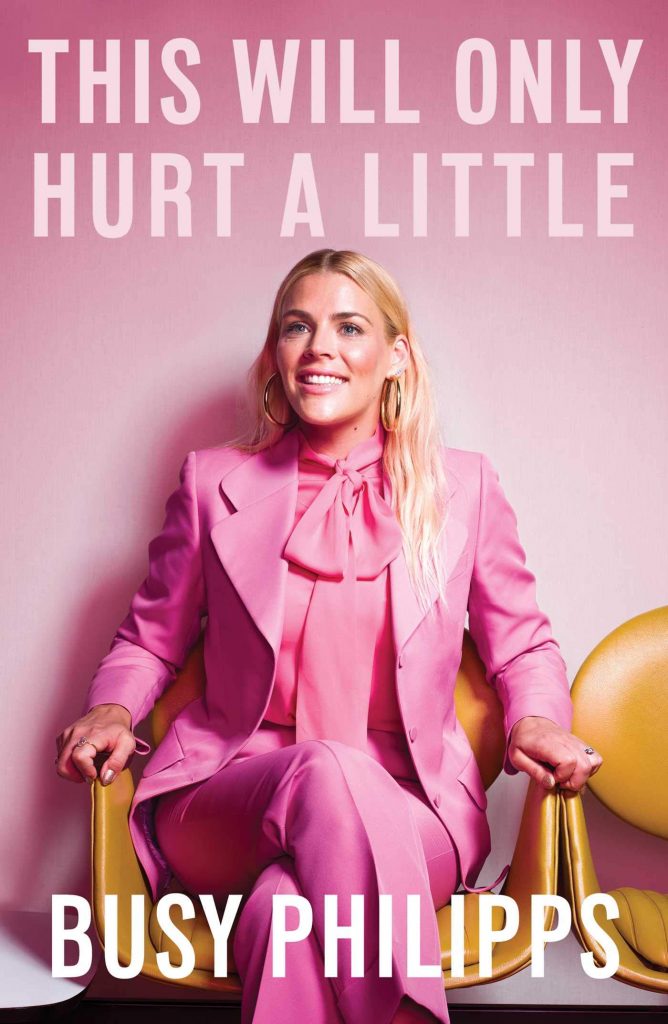 A hilarious, heartfelt, and refreshingly honest memoir by the beloved comedic actress known for her roles on Freaks and Geeks, Dawson’s Creek, and Cougar Town who has become “the breakout star of Instagram stories…Imagine I Love Lucy mixed with a modern lifestyle guru” (The New Yorker).

“You guys!! Busy is a legit writer with a voice as clear as a bell. This book is honest, funny, intimate, and well-observed by a person who has observed some sh*t.” —Tina Fey

There’s no stopping Busy Philipps. From the time she was two and “aced out in her nudes” to explore the neighborhood (as her mom famously described her toddler jailbreak), Busy has always been headstrong, defiant, and determined not to miss out on all the fun. These qualities led her to leave Scottsdale, Arizona, at the age of nineteen to pursue her passion for acting in Hollywood. But much like her painful and painfully funny teenage years, chasing her dreams wasn’t always easy and sometimes hurt more than a little.

In this stunningly candid memoir, Busy opens up about chafing against a sexist system rife with on-set bullying and body shaming, being there when friends face shattering loss, enduring devastating personal and professional betrayals from those she loved best, and struggling with postpartum anxiety and the challenges of motherhood.

But Busy also brings to the page her sly sense of humor and the unshakeable sense that disappointment shouldn’t stand in her way—even when she’s knocked down both figuratively and literally (from a knee injury at her seventh-grade dance to a violent encounter on the set of Freaks and Geeks). The rough patches in her life are tempered by times of hilarity and joy: leveraging a flawless impression of Cher from Clueless into her first paid acting gig, helping reinvent a genre with cult classic Freaks and Geeks, becoming fast friends with Dawson’s Creek castmate Michelle Williams, staging her own surprise wedding, conquering natural childbirth with the help of a Mad Men–themed hallucination, and more.

Busy is the rare entertainer whose impressive arsenal of talents as an actress is equally matched by her storytelling ability, sense of humor, and sharp observations about life, love, and motherhood. Her conversational writing reminds us what we love about her on screens large and small. From film to television to Instagram and now to the page, Busy delightfully showcases her wry humor and her willingness to bare it all.

“I’ve been waiting my whole life to write this book. I’m just so grateful someone asked. Otherwise, what was the point of any of it??”