Curtis Joseph, former NHL great, will be signing copies of “Cujo” at various locations during the months of October, November, and December.

KIRSTIE McLELLAN DAY ranks among the top hockey writers in the world thanks to six national bestsellers (including three instant #1 bestsellers): Theo Fleury’s Playing with Fire, Bob Probert’s Tough Guy, Ron MacLean’s Cornered and Hockey Towns, Wayne Gretzky’s 99: Stories of the Game, and Kelly Hrudey’s Calling the Shots. Kirstie is a mother of five and is married to Pyramid Productions Inc. president and television producer Larry Day. They live in Calgary. 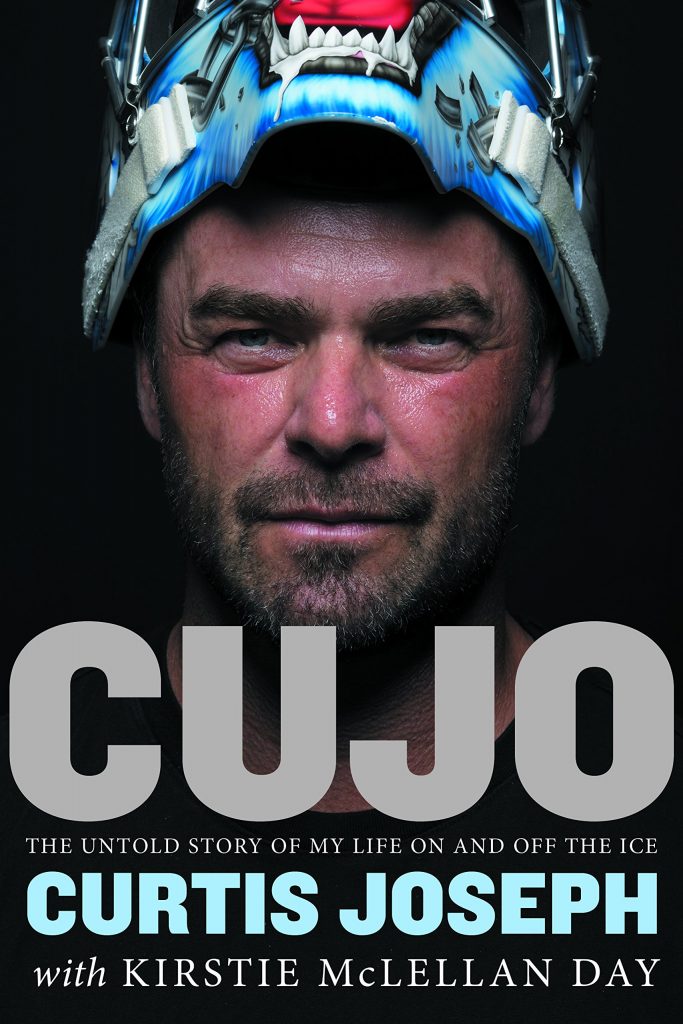 Curtis Joseph, known affectionately to hockey fans around the world as Cujo, was an unlikely NHL superstar. The boy from Keswick, Ontario, didn’t put on a pair of skates until most kids his age were already far along in organized hockey, and he was passed over by every team in the NHL draft. Despite an unorthodox start, he would go on to play eighteen seasons with the St. Louis Blues, Edmonton Oilers, Toronto Maple Leafs, Detroit Red Wings, Phoenix Coyotes and Calgary Flames; be ranked among the all-time greats in several key categories; and win an Olympic gold medal while representing Canada. Joseph is a legend in Toronto, where his fandom rivals that of other beloved Leaf greats, and he’s widely thought of as one of the best goalies of all time.

For the first time, in this revealing memoir, Joseph talks about his highly unusual upbringing and what led him to put on his first pair of skates. Written by Kirstie McLellan Day, the world’s top writer of hockey books, this book surprises and entertains, and shares on- and off-the-ice tales no fan has heard before: the untold story behind the legend.