Tony Bennett, legendary crooner, will be signing copies of “Tony Bennet Onstage And In the Studio” in NY next month.

Danny Bennett is a Grammy® – and Emmy® Award–winning music, film, and television producer as well as the son and manager of Tony Bennett and founder of RPM Productions. In addition, he is presently the CEO and President of the Verve Label Group, for the Universal Music Group. 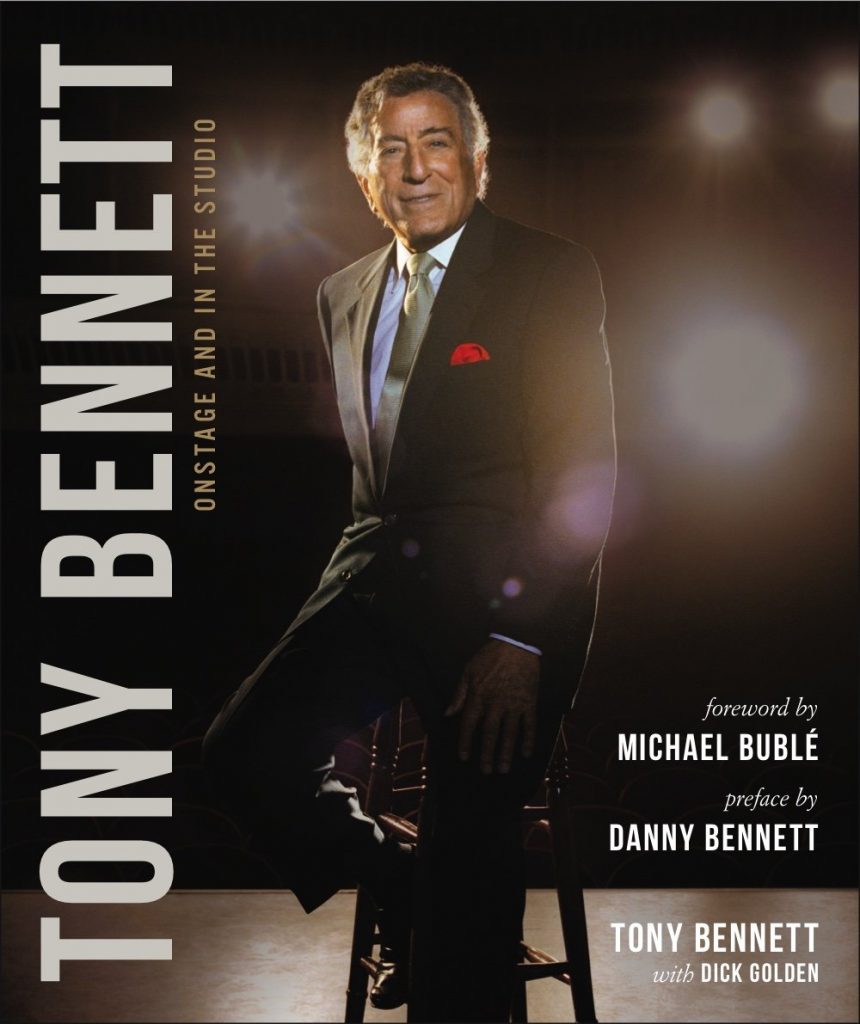 Tony Bennett, at the age of 92, continues to connect to people everywhere through the magic of his music. He’s the quintessential interpreter of the Great American songbook, and recipient of numerous awards and honors, including 18 Grammys® and the Grammy Lifetime Achievement Award, two Emmys®, and the first interpretive singer to receive the Library of Congress Gershwin Prize. Here, Tony, along with radio host, jazz expert, and close friend Dick Golden, reflects on the most important themes, influences, and inspirations that have informed his lifelong creative work, with a focus on music. This beautiful book—a follow-up to Tony Bennett: In the Studio (2007), which celebrated his prolific art career—features a foreword by award-winning singer Michael Bublé; a preface by Danny Bennett; more than 140 images, including photographs, personal memorabilia, album covers, notes, and artwork; as well as essays from celebrated friends and colleagues, making it an essential keepsake for all Bennett fans.