Reese Witherspoon, Oscar winning actress, will be promoting “Whiskey In a Teacup” at multiple locations across the country in September.

Reese Witherspoon, award-winning actress and producer, has created the kinds of unforgettable characters that connect with critics and audiences alike. She won an Academy Award® for her portrayal of June Carter Cash in Walk the Line and was later nominated in that same category for Wild in 2014, which she also produced. Her role in Wild also garnered Golden Globes, SAG, Critics’ Choice, and BAFTA Awards nominations. Other film credits include Sweet Home Alabama, Legally Blonde, and Election. She has executive produced and starred in two seasons of HBO’s critically acclaimed Big Little Lies, with the first season winning eight Emmy Awards, four Golden Globes, four Critics’ Choice Awards, and two SAG Awards. In addition to her acting and producer roles, Witherspoon is an entrepreneur. In 2016, she established Hello Sunshine, a media brand and content company dedicated to female authorship and storytelling across all platforms. In 2015, she launched Draper James, a retail brand with a focus on fashion, accessories, and home décor inspired by the American South. She is an advocate and activist for women’s issues across the globe. 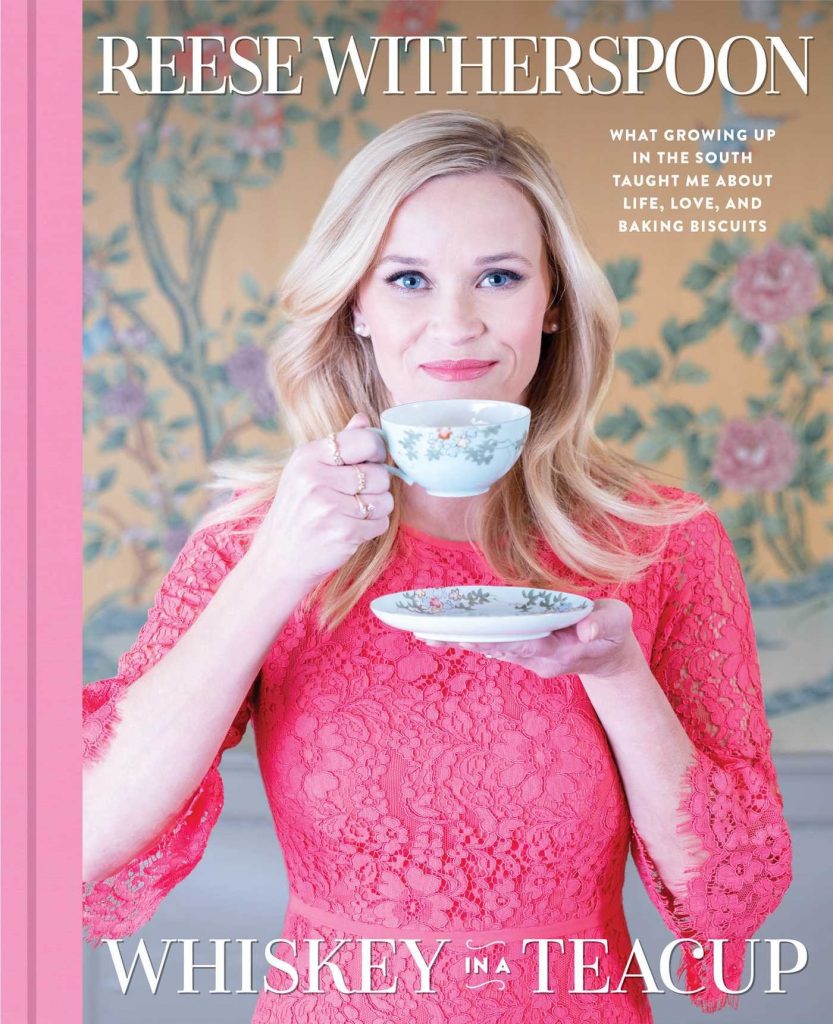 Academy Award–winning actress, producer, and entrepreneur Reese Witherspoon invites you into her world, where she infuses the southern style, parties, and traditions she loves with contemporary flair and charm.

Reese Witherspoon’s grandmother Dorothea always said that a combination of beauty and strength made southern women “whiskey in a teacup.” We may be delicate and ornamental on the outside, she said, but inside we’re strong and fiery.

Reese’s southern heritage informs her whole life, and she loves sharing the joys of southern living with practically everyone she meets. She takes the South wherever she goes with bluegrass, big holiday parties, and plenty of Dorothea’s fried chicken. It’s reflected in how she entertains, decorates her home, and makes holidays special for her kids—not to mention how she talks, dances, and does her hair (in these pages, you will learn Reese’s fail-proof, only slightly insane hot-roller technique). Reese loves sharing Dorothea’s most delicious recipes as well as her favorite southern traditions, from midnight barn parties to backyard bridal showers, magical Christmas mornings to rollicking honky-tonks.

It’s easy to bring a little bit of Reese’s world into your home, no matter where you live. After all, there’s a southern side to every place in the world, right?