Anthony Scaramucci, Former White House Communications Director, will be signing copies of “Trump, the Blue-Collar President” in NJ during November.

Anthony Scaramucci is an American financier, entrepreneur and political figure. He worked at Goldman Sachs’ investment banking, equities, and private wealth management divisions between 1989 and 1996. After leaving Goldman Sachs, he founded Oscar Capital Management, and in 2005, he founded the investment firm SkyBridge Capital. He lives in New York. 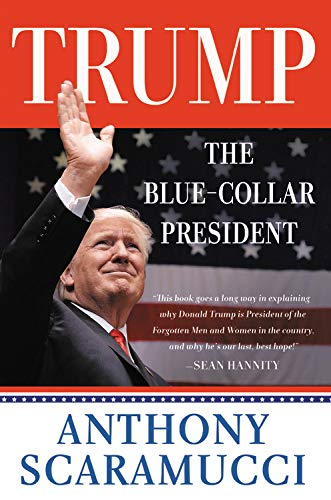 Anthony “The Mooch” Scaramucci writes his story about Trump and his administration.

TRUMP, THE BLUE-COLLAR PRESIDENT is the comeback story for America and Americans. Both Wall Street and Main Street are now thriving and will continue to do so under our current president and his economic policies. Scaramucci shares his insights and stories from his long-term relationship with President Trump.