Don Tate will be signing copies of “Strong as Sandow” in Texas next month.

Don Tate is the author and illustrator of Poet: The Remarkable Story of George Moses Horton (Peachtree), for which he received the Ezra Jack Keats New Writer Award. He received the Ezra Jack Keats New Writer Honor for It Jes’ Happened: When Bill Traylor Started to Draw (Lee & Low), illustrated by R. Gregory Christie. Tate is also the illustrator of several picture books, including Whoosh! Lonnie Johnson’s Super-Soaking Stream of Inventions, The Amazing Age of John Roy Lynch (Eerdmans), and The Cart That Carried Martin. Don lives in Austin, Texas. 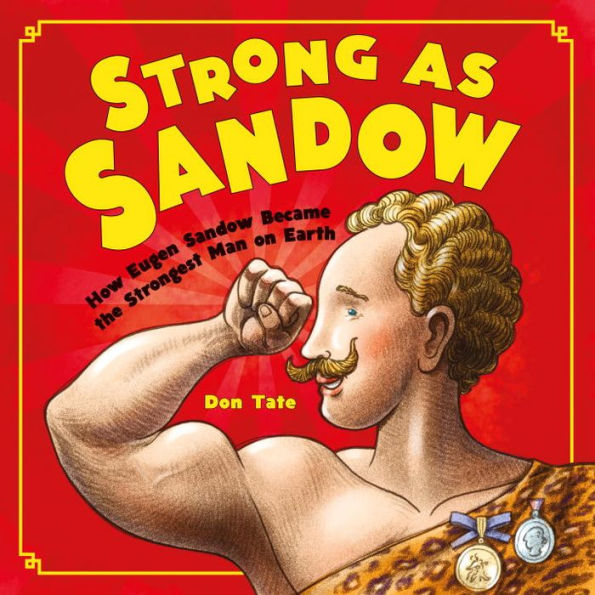 Little Friedrich Müller was a puny weakling who longed to be athletic and strong like the ancient Roman gladiators. He exercised and exercised. But he to no avail.

As a young man, he found himself under the tutelage of a professional body builder. Friedrich worked and worked. He changed his name to Eugen Sandow and he got bigger and stronger. Everyone wanted to become “as strong as Sandow.”

Inspired by his own experiences body-building, Don Tate tells the story of how Eugen Sandow changed the way people think about strength and exercise and made it a part of everyday life.

Backmatter includes more information about Sandow, suggestions for exercise, an author’s note, and a bibliography.