Autumn Chiklis will be signing copies of her book “Smothered” in California next month.

AUTUMN CHIKLIS is a recent graduate of the University of Southern California, where she studied theater and screenwriting. She’s an actor (The Shield), stand-up comedian, and contributor to The Huffington Post. She currently resides in Los Angeles, California.

Autumn is the author of Smothered. 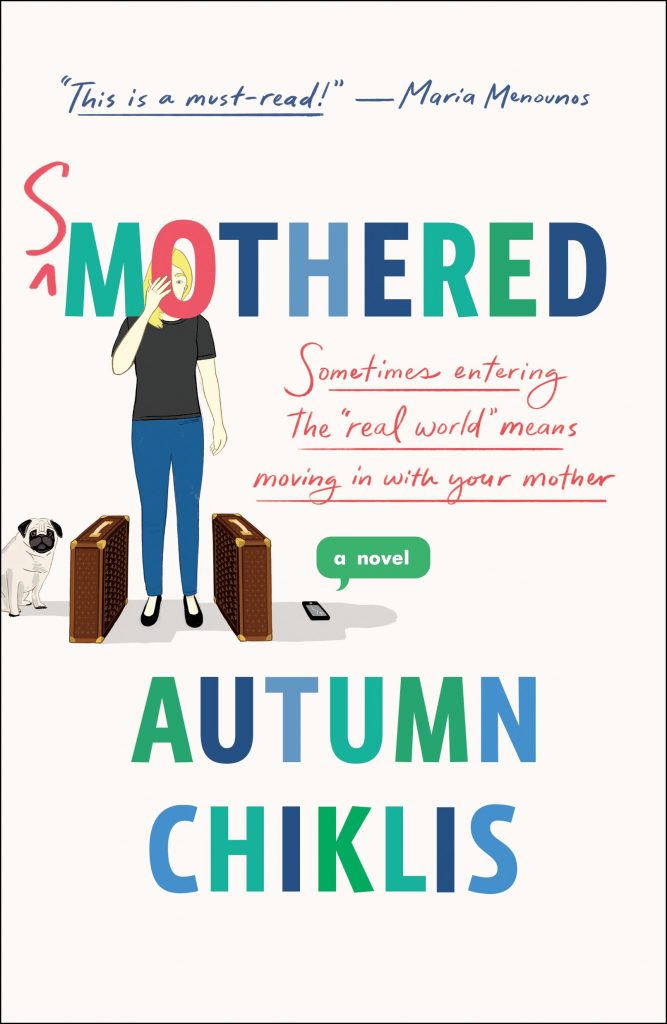 “Autumn Chiklis’s debut novel, Smothered, is a hilarious, gimlet-eyed, and affectionate take on the familial catastrophes that occur when a recent college grad moves back home with her helicopter mom. Whether you have a mother, are a mother, or know a mother, you will love and laugh ’til you cry reading this book.”?Gigi Levangie Grazer, New York Times bestselling author of The Starter Wife and screenwriter of Stepmom

Eloise “Lou” Hansen is graduating from Columbia University summa cum laude, and she’s ready to conquer the world. Just a few minor problems: she has no job, no prospects, and she’s moving back into her childhood bedroom. Lou is grimly determined to stick to a rigorous schedule to get a job and get out of her parents’ house. Shelly “Mama Shell” Hansen, on the other hand, is ecstatic, and just as determined to keep her at home. Who else will help her hide her latest binge-shopping purchases from her husband, go to SoulCycle with her, and hold her hand during Botox shots?

Smothered is a hilarious roman à clef told via journal entries, text messages, emails, bills, receipts, tweets, doctor’s prescriptions, job applications and rejections, parking tickets, and pug pictures, chronicling the year that Lou moves back home after college. Told from Lou’s point-of-view, Smothered tells the story of two young(ish) women, just trying to get it right, and learning that just because we all grow up doesn’t mean we necessarily have to grow old. (After all, what is Juvaderm for?)