William Oldfield and Victoria Bruce will be signing copies of “Inspector Oldfield and the Black Hand Society: America’s Original Gangsters and the U.S. Postal Detective who Brought Them to Justice” in MD this month.

William Oldfield is an archivist and historical lecturer. He is currently engaged in entrepreneurial pursuits in the areas of environmental and sustainable operations. He grew up in Akron, Ohio, and currently lives in Annapolis, Maryland.

Victoria Bruce is the author of No Apparent Danger, Hostage Nation, and Sellout. She is the recipient of the Alfred I. duPont-Columbia University Award for excellence in broadcast journalism for her film, The Kidnapping of Ingrid Betancourt. She lives in Anne Arundel County, Maryland. 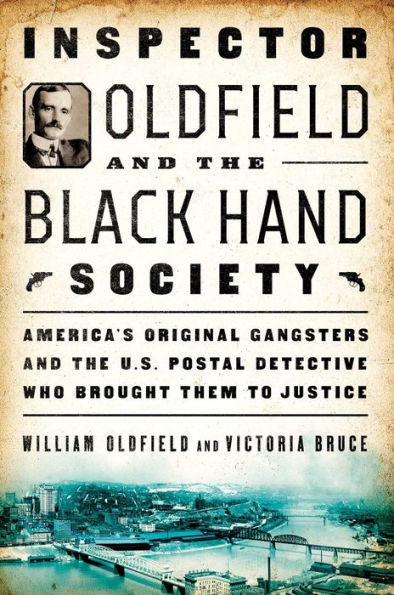 The incredible true story of the US Post Office Inspector who took down the deadly Black Hand, a turn-of-the-century Italian-American secret society that preyed on immigrants across America’s industrial heartland—featuring fascinating and never-before-seen documents and photos from the Oldfield family’s private collection.

Before the emergence of prohibition-era gangsters like Al Capone and Lucky Luciano, there was the Black Hand: an early twentieth-century Sicilian-American crime ring that preyed on immigrants from the old country. In those days, the FBI was in its infancy, and local law enforcement were clueless against the dangers—most refused to believe that organized crime existed. Terrorized victims rarely spoke out, and the criminals ruled with terror—until Inspector Frank Oldfield came along.

In 1899, Oldfield became America’s 156th Post Office Inspector—joining the ranks of the most powerful federal law enforcement agents in the country. Based in Columbus, Ohio, the unconventional Oldfield brilliantly took down train robbers, murderers, and embezzlers from Ohio to New York to Maryland. Oldfield was finally able to penetrate the dreaded Black Hand when a tip-off put him onto the most epic investigation of his career, culminating in the 1909 capture of sixteen mafiosos in a case that spanned four states, two continents—and ended in the first international organized crime conviction in the country.

Hidden away by the Oldfield family for one hundred years and covered-up by rival factions in the early 20th century Post Office Department, this incredible true story out of America’s turn-of-the-century heartland will captivate all lovers of history and true crime.