Ken Jennings, Jeopardy champion, will be signing copies of “Planet Funny” in OR next month.

Ken Jennings grew up in Seoul, South Korea, where he became a daily devotee of the quiz show Jeopardy! In 2004, he successfully auditioned for a spot on the show and went on an unprecedented seventy-four game victory streak worth $2.52 million. Jennings’s book Brainiac, about his Jeopardy! adventures, was a critically acclaimed New York Times bestseller, as were his follow-up books Maphead and Because I Said So! He is also the author of Planet Funny. Jennings lives in Seattle with his wife Mindy and two children. 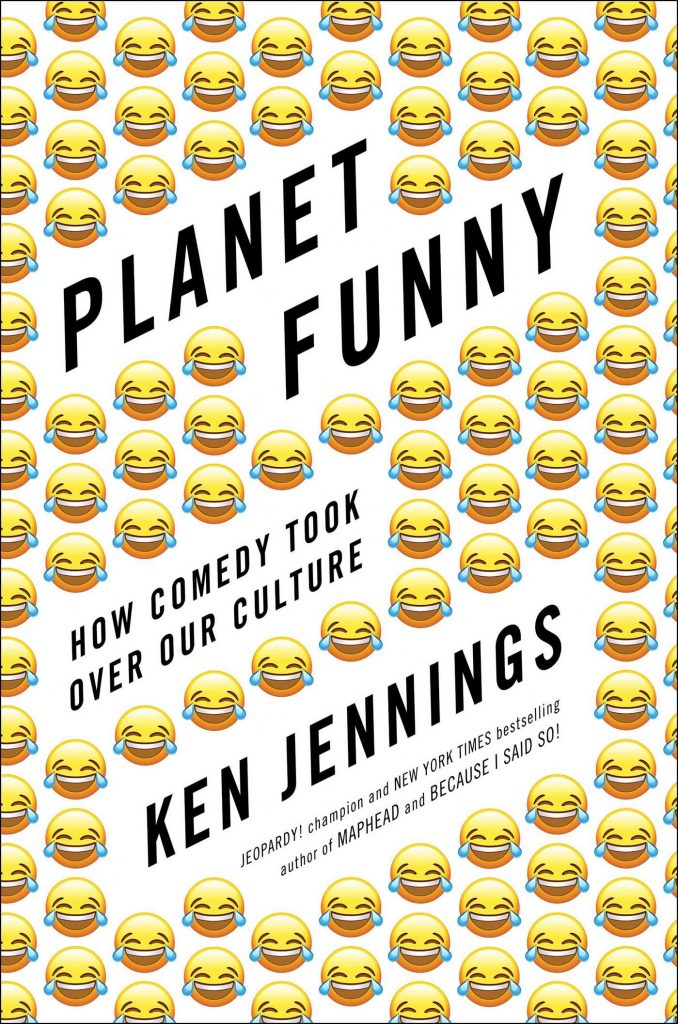 From the brilliantly witty and exuberant New York Times bestselling author Ken Jennings, a history of humor—from fart jokes on clay Sumerian tablets all the way up to the latest Twitter gags and Facebook memes—that tells the story of how comedy came to rule the modern world.

For millennia of human history, the future belonged to the strong. To the parent who could kill the most animals with sticks and to the child who could survive the winter or the epidemic. When the Industrial Revolution came, masters of business efficiency prospered instead, and after that we placed our hope in scientific visionaries. Today, in a clear sign of evolution totally sliding off the rails, our most coveted trait is not strength or productivity or even innovation, but being funny. Yes, funniness.

Consider: presidential candidates now have to prepare funny “zingers” for debates. Newspaper headlines and church marquees, once fairly staid affairs, must now be “clever,” stuffed with puns and winks. Airline safety tutorials—those terrifying laminated cards about the possibilities of fire, explosion, depressurization, and drowning—have been replaced by joke-filled videos with multimillion-dollar budgets and dance routines.

In Planet Funny, Ken Jennings explores this brave new comedic world and what it means—or doesn’t—to be funny in it now. Tracing the evolution of humor from the caveman days to the bawdy middle-class antics of Chaucer to Monty Python’s game-changing silliness to the fast-paced meta-humor of The Simpsons, Jennings explains how we built our humor-saturated modern age, where lots of us get our news from comedy shows and a comic figure can even be elected President of the United States purely on showmanship. Entertaining, astounding, and completely head-scratching, Planet Funny is a full taxonomy of what spawned and defines the modern sense of humor.