Jim Gaffigan, actor and stand up comedian, will be signing copies of “Noble Ape” in NY next month.

James Christopher Gaffigan (born July 7, 1966) is an American stand-up comedian, actor, writer, and producer. He was raised in Chesterton, Indiana. His material is often about fatherhood, observations, laziness, and food. He is also regarded as a “clean” comic, using little profanity in his routines. He has had several successful comedy specials, including Mr. Universe, Obsessed, and Cinco, all three of which received Grammy nominations. His memoir, Dad Is Fat (2013) and his most recent book, Food: A Love Story (2014), are both published by Crown Publishers. He co-created and starred in a TV Land television series based on his life called The Jim Gaffigan Show.

He collaborates extensively with his wife, actress Jeannie Gaffigan, and together they have five children. They are Catholic, a topic that comes up in his comedy, and live in Manhattan, New York City. 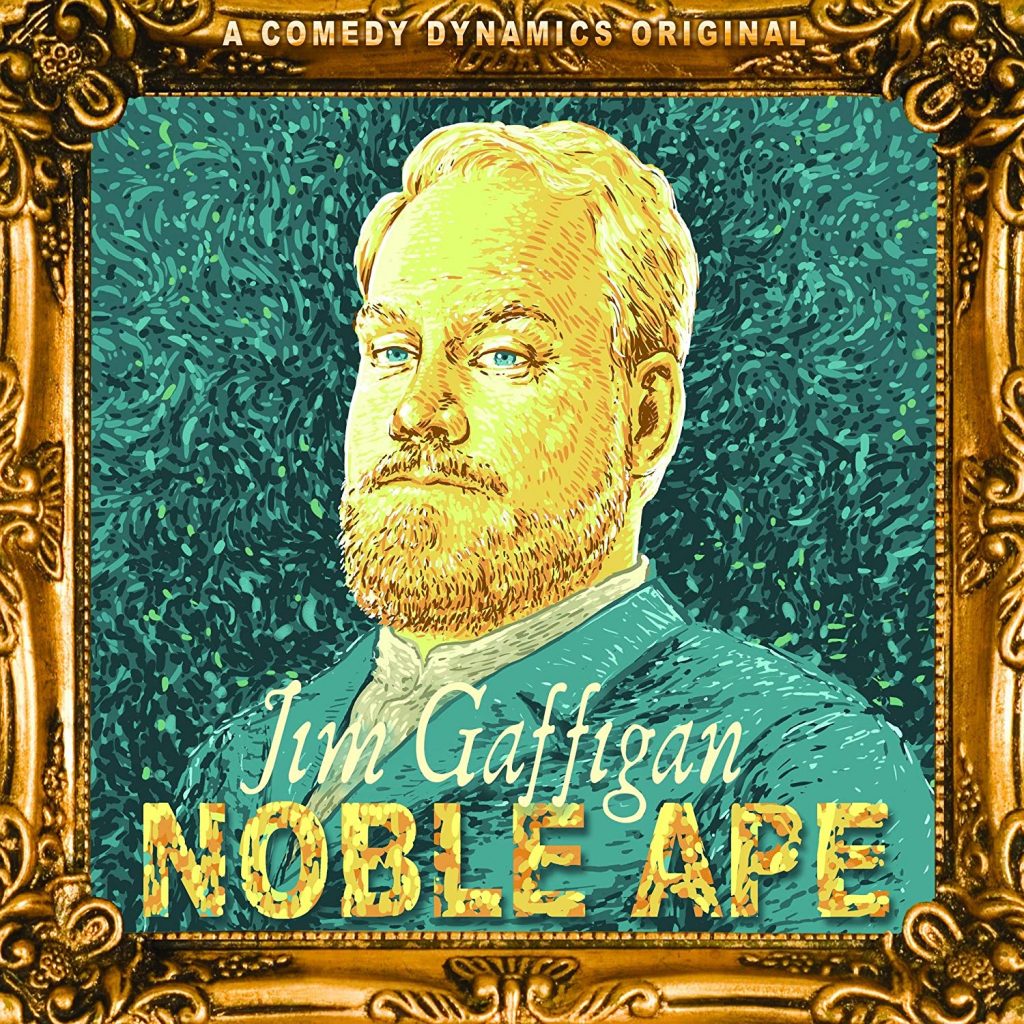 In his all new NOBLE APE stand up special, Jim Gaffigan gets personal as he discusses the medical crisis that befell his wife and family this year, which almost led to his retirement. (70 minutes)

On July 13th available in select theaters, on demand and wherever you rent or buy content.  Preorder on iTunes today.