Todd Smith and the fabulous performer Miss Jade Sinclair will be signing copies of “Murder, Romance, and Two Shootings” in MO this month.

My credentials include 20 years of experience as a writer.
I have worked professionally as a reporter and editor for both newspapers and websites. I have a Master’s in Journalism from the University of Kansas.
I have shared my viewpoints of the Kirkwood Missouri City Council shooting with the New York Times, Newsweek, MSN and local media outlets in St. Louis. I am still sought out from national media for my viewpoints when it comes to mass shootings and violence (e.g., Ferguson).
In “Murder, Romance and Two Shootings,” I share for the first time the complete story of my survival and recovery from the robbery attempt in which I was shot in the leg, the Kirkwood shooting and the gay bashing death of my close friend. 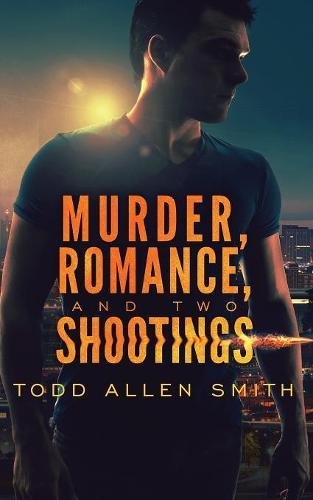 About the Book:
The scent of his own blood shakes away the disbelief of the gunman entering the city council room. Todd remembers that smell and can’t deny that he is once more the target of a gunman’s bullet.

Healing from his physical wounds is the easy part, grounded in gratitude for his very survival. Rebuilding his life will be the hard part. But he is reminded he is luckier than others whenever he thinks of his friend Rick who was murdered.

After the first time he was shot, Todd had to learn to walk again, but now he faces the bigger challenge of learning how to love.