S.Marshall Wilson will be signing copies of “Sophistry” in VA this month.

S. Marshall Wilson is the husband of a formidable woman and father of the mighty nine.

He grew up in the southern United States and joined the Army as an Infantry Officer.
He has lived in such exotic locales as Peru, where he served as a teacher among tribal people in the Amazon River basin; Iraq, where he was awarded the Bronze Star Medal for his service as a commander of Sappers; and Germany, where he served as a military spouse and general agitator.
He prefers to live among and write about strong people who live purposefully and occasionally make mistakes. 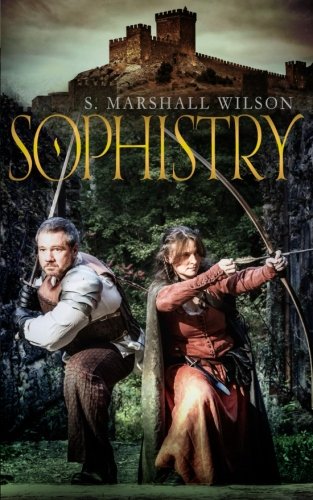 About the Book:
All men have heard tales of Mathan son of Ardal, Mad Bear of the Western Dearth, but who can say if any are true? One man knows. For forty years, Tigue, Bard of Taermun, stumbled beside him, carried his burdens and fought his wars. He was there in Mathan’s youth. He was there at the end. Pay heed then to the declaration of the bard for herein is no mere tale, but the faithful testimony of a scrupulous witness… and a legend of the truest sort.