Krys King, the edgy romance author, will be signing copies of her new novel “The Fruit Fell Far” in AL this month.

Born and raised in Atlanta, Ga, African-American novelist Krys King found her passion for Romance while reading books by bestselling authors like Terry McMillan, Omar Tyree, and E. Lynn Harris. Krys began her writing with poetry, even getting some published nationally during her childhood and winning Editor’s Choice Award for the simply named poem “You.” The married mom of two burst onto the Atlanta literary scene in 2017 with her bestselling sexuallycharged modern romance Crossed in Love, a story that seduces you with sex, love, friendship, and betrayal; causing media outlets from all over to know what drew her to write such a powerful love story and what readers should expect next. The proud self- published author founded The LuvvSyc Alliance the following year, wanting to make the self-publishing process for her fellow writers easier. Although adding businesswoman to her title, Krys King is still writing and looking to publish what he readers have been dying for next Spring; sequel to Crossed in Love – Consequences of Love. “I just want to tell entertaining but relate-able stories about women and love and how you can’t have one without the other and how you can’t know one without knowing the other.” -Krys King 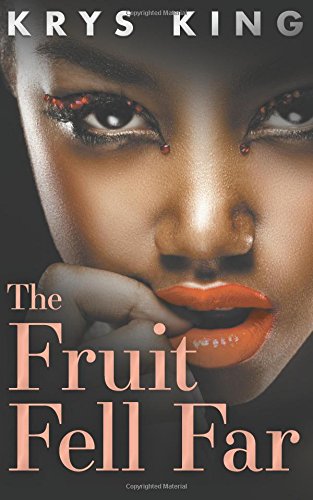 As First Lady of Alpha and Omega Church of Worship, Kathryn Hill thought she knew how her life would be. But when she catches her husband, Pastor Eric, cheating on her with one of their members, life as she knows it is changed forever. Confronted with his infidelity, Eric claims to be doing God’s will. Witnessing the lack of remorse from the self-proclaimed prophet, Kathryn does some dirt of her own. She is soon hit with the reminder of the vows she took on her wedding day by her mother. The words, through sickness and health, through thick and thin, ‘til death rang true when Eric collapses during his sermon one Sunday and dies suddenly. When handsome Detective Keith Crane comes knocking on her door, her world is turned upside down when she realizes her husband didn’t just die, but was murdered, she’s being haunted by a ghost long forgotten, and she is faced with a decision to kill or be killed.