Blondy Baruti, star of “Guardians of the Galaxy 2”, will be signing copies of “The Incredible True Story of Blondy Baruti” in Los Angeles, CA during May.

Blondy Baruti is a former basketball star and an actor. He was born in the Democratic Republic of the Congo, attended the University of Tulsa, and currently lives in California. Blondy has starred in Guardians of the Galaxy 2 as Huhtar, and has filmed several pilots for ABC. The Incredible True Story of Blondy Baruti is his first book. 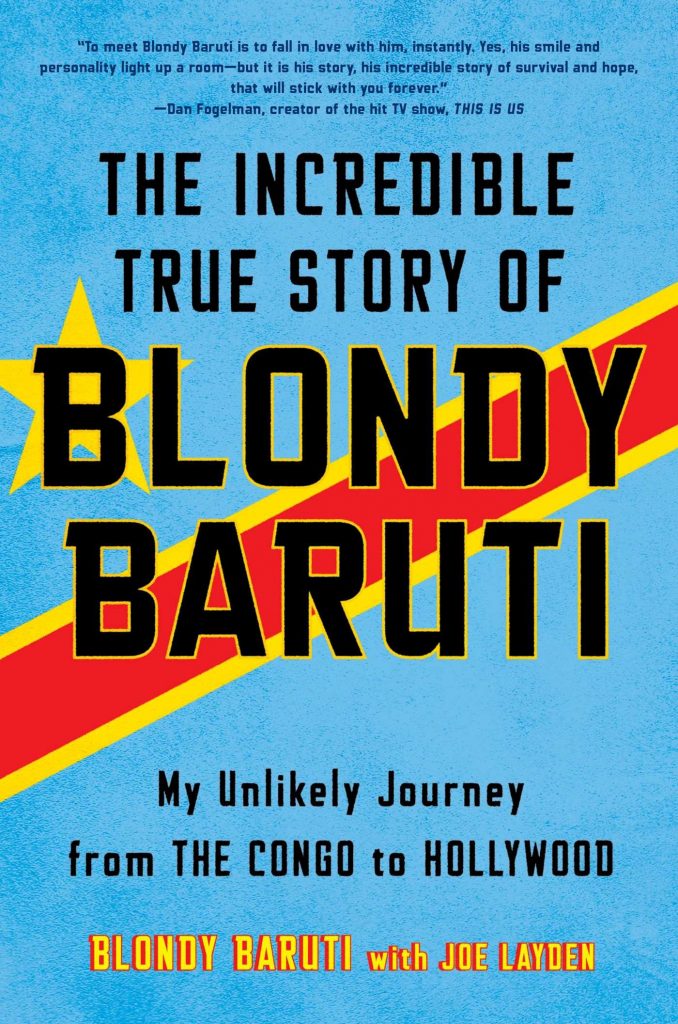 The inspirational and true rags-to-riches story of how one young boy made it from the war-torn Congolese jungles to America and onto the silver screen, all the while facing extraordinary trials and twists of fate with an unwavering faith and unflagging spirit.

Blondy Baruti’s boyhood in the Democratic Republic of the Congo was shaped by a desperate ordeal to survive. After marauding soldiers invaded his village, he, his mom, and his sister fled to the jungle and trekked countless miles to escape the atrocities and violence—only to encounter more unspeakable horrors at every turn. Their odyssey ended some sixteen months later when they finally reached safety—but Blondy’s journey had only just begun.

In an amazing true story that seems more like fiction, we see Blondy overcome incredible odds—poverty, fever, hunger, betrayal—in pursuit of daring dreams that take him from his fight for survival in the Congolese jungle to a dazzling turn on an A-list red carpet after earning a role in the Marvel blockbuster, Guardians of the Galaxy Vol 2. In between are some incredible twists and turns: basketball dreams nurtured and squashed; a crooked cousin who breaks the inviolable bonds of family; and beneficent strangers who change everything.

A powerful and timely tale of triumph over adversity, The Incredible True Story of Blondy Baruti will have you rooting for Blondy throughout his tale and leave you inspired on your own path to greatness.