Mackenzie Ziegler, star of “Dance Moms”, will be signing copies of “Kenzie’s Rules for Life” in multiple locations across the country during May.

Mackenzie Ziegler, born in Pittsburgh, Pennsylvania, quickly became one of her generation’s most influential rising stars. The professional dancer, singer/songwriter, and actress starred on Lifetime’s hit reality TV series Dance Moms for six seasons. Taking her talents to new levels, her debut album soared to #1 on the iTunes Pop Charts. Mackenzie expanded her creative crafts by partnering with powerhouse brand Justice clothing, and brought her own flair to the Mackenzie Ziegler for Justice Active collection. Find out more on MackenzieZieglerMusic.com. 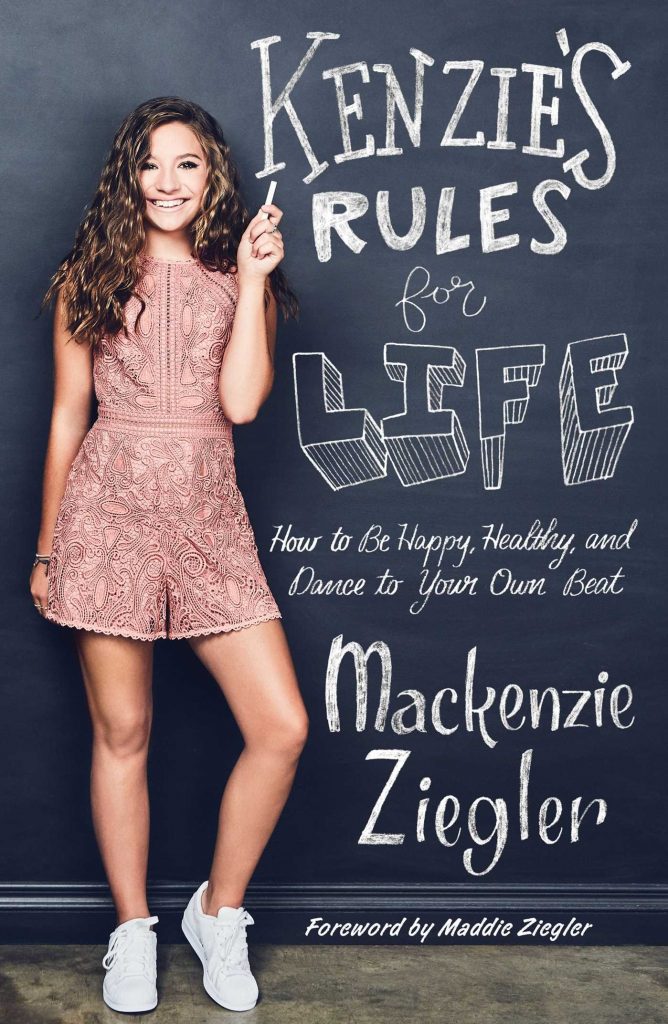 Growing up is hard, but growing up in the spotlight is even harder. However, Mackenzie Ziegler is taking it all in stride, thanks to her positive attitude on life. From getting her start on Dance Moms, to her sold-out tour alongside Johnny Orlando, there’s nothing that she can’t do.

In Kenzie’s Rules for Life, the dance prodigy, singer/songwriter, actress, and model offers her advice on friendship, family, fitness, style, and positivity. She shares lessons drawn from her own experiences for those navigating through their tween years on how to be happy, healthy, and confident in all aspects of their lives.