Mary Higgins Clark, NY Times Best Selling Author, will be signing copies of “I’ve Got My Eyes on You” in NJ this month.

The #1 New York Times bestselling author Mary Higgins Clark has written thirty-seven suspense novels, four collections of short stories, a historical novel, a memoir, and two children’s books. With her daughter Carol Higgins Clark, she has coauthored five more suspense novels, and also wrote The Cinderella Murder, All Dressed in White, The Sleeping Beauty Killer, and Every Breath You Take with bestselling author Alafair Burke. More than one hundred million copies of her books are in print in the United States alone. Her books are international bestsellers. 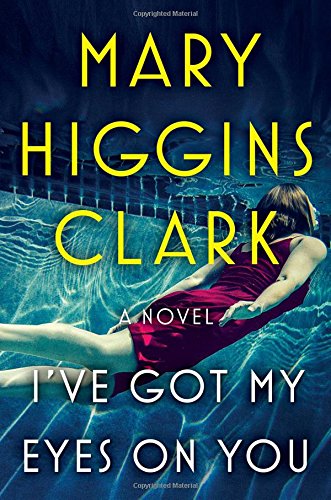 When a terrible crime shocks a New Jersey community, all signs point to one suspect. But if he’s innocent as he claims, it means the murderer is still out there…

After throwing a party when her parents were away, 18-year-old Kerry Dowling is discovered lifeless at the bottom of the family pool. The police immediately question Kerry’s boyfriend, who—despite proclaiming his love for her—was seen arguing with Kerry that night. As neighbors and classmates grieve the loss of their friend, Kerry’s 28-year-old sister Aline, a guidance counselor, searches for answers. She’ll do anything to help the Detective Mike Wilson learn what really happened the night Kerry was killed.

Was someone watching Kerry the night of the murder? For Aline, the truth could be deadly.

From #1 New York Times bestselling author and “Queen of Suspense” comes a thrilling investigation asking what we truly know about the those we trust, and the secrets lying in even the most idyllic of neighborhoods.