The Orange County School of The Arts bookfair will be held in April. This will include an author book signing event. Mary Ting, author of ISAN and Thommy Hutson, author of Jinxed will be participating in the event.

International Bestselling/Award Winning Author Mary Ting/M. Clarke resides in Southern California with her husband and two children. She enjoys oil painting and making jewelry. Writing her first novel, Crossroads Saga, happened by chance. It was a way to grieve the death of her beloved grandmother, and inspired by a dream she once had as a young girl. When she started reading new adult novels, she fell in love with the genre. It was the reason she had to write one-Something Great. She also toured with Magic Johnson Foundation to promote literacy and her children’s chapter book-No Bullies Allowed. 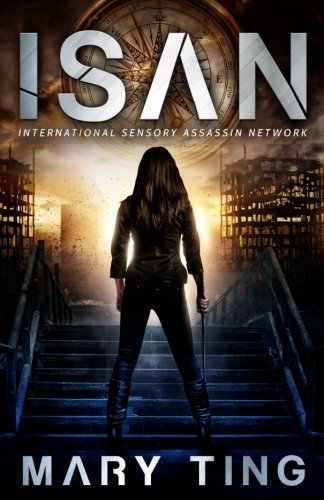 THE WORLD HAS CHANGED.

SCIENTISTS WARNED IT WOULD HAPPEN.

Struggling to survive, seventeen-year-old Ava ends up in juvenile detention, until she is selected for a new life—with a catch. She must be injected with an experimental serum. The results will be life changing. The serum will make her better. To receive the serum, Ava agrees to join a program controlled by ISAN, the International Sensory Assassin Network.

While on a training mission, she is abducted by a rebel group led by Rhett and told that not only does she have a history with him, but her entire past is a lie perpetuated by ISAN to ensure her compliance. Unsure of who to trust, Ava must decide if her strangely familiar and handsome captor is her enemy or her savior—and time is running out.

Thommy Hutson is an award-winning screenwriter, producer, director, and author who is considered the foremost authority on A Nightmare on Elm Street. A graduate of UCLA, Thommy has written and produced critically acclaimed genre projects such as Never Sleep Again: The Elm Street Legacy, Inside Story: Scream, More Brains! A Return to the Living Dead, and Crystal Lake Memories: The Complete History of Friday the 13th. Thommy was born and raised in New York but now resides in the mountains of Southern California 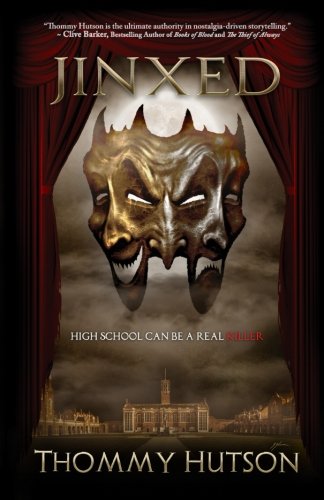 But someone at the Trask Academy of Performing Arts is taking things one deadly step further when the campus is rocked with the deaths of some of its star students.

Layna Curtis, a talented, popular senior, soon realizes that the seemingly random, accidental deaths of her friends aren’t random—or accidents—at all. Someone has taken the childhood games too far, using the idea of superstitions to dispose of their classmates. As Layna tries to convince people of her theory, she uncovers the terrifying notion that each escalating, gruesome murder leads closer to its final victim: her.

Will Layna’s opening night also be her final bow?