Cindy Cipriano will be signing copies of “Fading” in NC during this month.

Cindy Cipriano lives in North Carolina with her husband, son, and their twenty-seven pets.

Fading, The Fading Series Book One, (Clean Teen Publishing) releases in 2018. This is the first in a three-four book series in which seventeen-year-old Leath Elliott wonders if the new boy in town is literally the boy of her dreams.

Cindy’s first novel, The Circle, Book One of The Sidhe (2013), won the 2014 Moonbeam Children’s Book Silver Award for Pre-Teen Fiction – Fantasy. Other titles in the series include The Choice, Book Two of The Sidhe (2015), and The Lost, Book Three of The Sidhe (2017). Look for The Secret, Book Four of The Sidhe to release in May 2018. The series follows Calum, Laurel, and Hagen from middle through high school as they first rescue Calum’s kidnapped cousin, and then save the Otherworld from dark Sidhe. This series is published by Odyssey Books.

Cindy’s article, Level Up Intrinsic Motivation, was published in the JOURNAL OF INTERDISCIPLINARY LEADERSHIP in 2016 and two of her short stories were published in the Children’s anthology, Doorway to Adventure (2010). 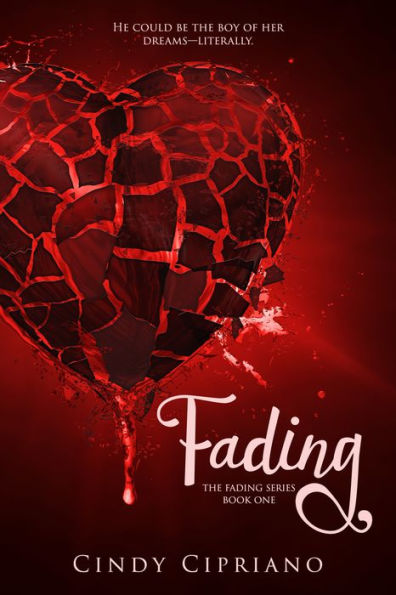 Leath Elliott is a seventeen-year-old competitive shooter living with her mother in Woodvine, North Carolina. Leath’s father was killed in a tragic accident when she was fourteen, and her friend Victor Santana has been there for her every step of the way since. But the friendship starts to change when Victor develops deeper feelings for her. If that wasn’t complicated enough, newcomer James Turner, an emancipated minor with a dark past, wanders into her sights. Leath is captivated by him and wonders if he might be the boy of her dreams—literally.