Tommy Wiseau & Greg Sestero, stars of “The Room”, will be signing copies of “The Disaster Artist” in CA this month.

Tommy Wiseau is an American actor and filmmaker. He produced, directed, and starred in the 2003 film The Room, which has been described by many critics as one of the worst movies ever made and has gained cult film status. He also directed the 2004 documentary Homeless in America and the 2015 sitcom The Neighbors.

Many details about Wiseau’s personal life (including his nationality, age and background) remain unverified, and as such have been the subject of intense fan speculation and various conflicting reports. The 2013 non-fiction book, The Disaster Artist: My Life Inside The Room, the Greatest Bad Movie Ever Made, by Greg Sestero, as well as its 2017 film adaptation, chronicle the making of The Room and Wiseau’s life behind the scenes of the film.

Greg Sestero is a French-American actor, producer, and writer. He costarred in the cult phenomenon The Room. 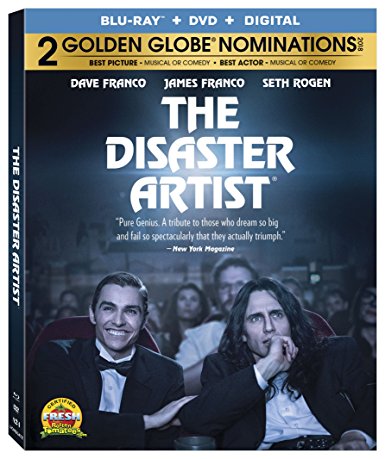 About The Disaster Artist:

Get the two-time Golden Globe®-nominated (BEST PICTURE, BEST ACTOR) hysterical comedy based on ”The Greatest Bad Movie of All Time” (THE ROOM).