Mike Epps, comedian and actor, will be signing copies of “Unsuccessful Thug” at multiple locations during March and April.

Mike Epps has appeared in the cult hits Next Friday, Friday After Next and All About the Benjamins. Other features include The Hangover franchise, Faster, Hancock, Lottery Ticket, Next Day Air, Roll Bounce, The Fighting Temptations, the Resident Evil franchise, Bait, How High, Dr. Dolittle 2, Talk to Me and Guess Who? He has also starred as the title character in the ABC series Uncle Buck and appeared on the Starz series Survivors Remorse. As a touring comedian, he plays clubs, theaters, and arenas worldwide. Born and raised in Indianapolis, he now lives in Hollywood. 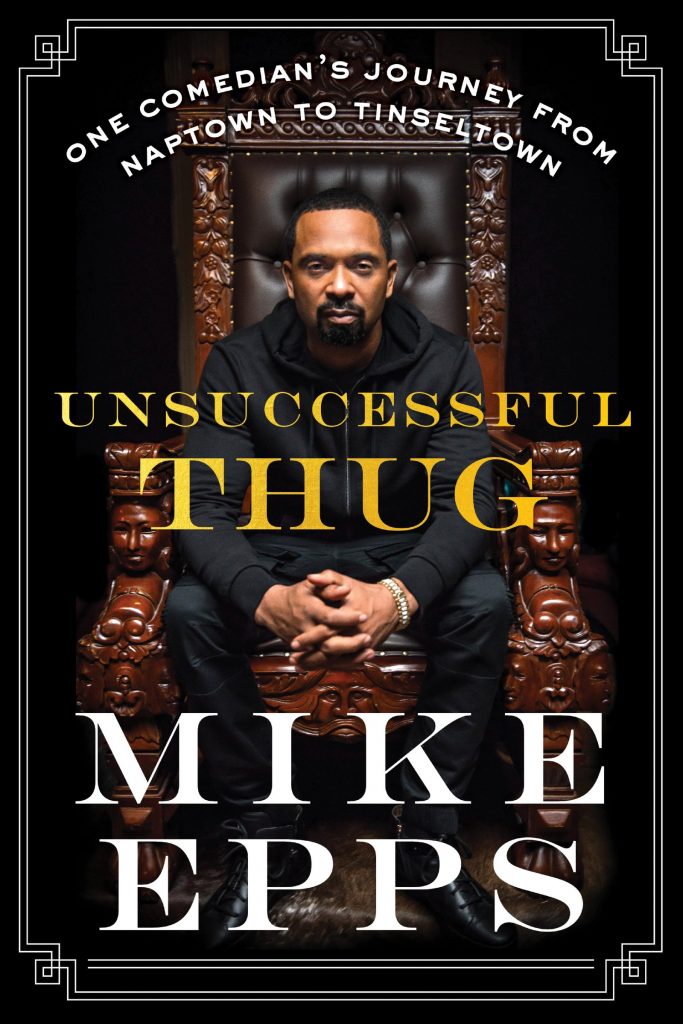 From Naptown to Tinseltown—legendary stand-up comedian and actor Mike Epps finally tells all in this outrageous, hilarious, no-holds-barred memoir.

Before starring in Def Comedy Jam and Showtime at the Apollo—before the sold-out comedy shows, Uncle Buck, and becoming his hero Richard Pryor in a biopic—there was Indianapolis. And not the good part. Mike Epps is one of America’s favorite and funniest people, but the path to fame was paved with opportunities to mess it up. And mess it up he did.

Growing up in “Naptown”—what people who live there really call rough-around-the-edges Indianapolis—Epps found himself forced to hustle from an early age. Despite his mother’s best efforts, and the love of his well-behaved brother, “Chaney,” and his beloved sister, Julie, Epps was drawn to a life of crime, but as he quickly discovered, stealing and dealing didn’t really fit his sweet sensibilities. Not to mention he wasn’t very good at it—take, for example, the day he had to call the cops on himself when a dog wouldn’t let him leave a house he was burgling. After several arrests and more than a few months in jail, Epps finally realized that he was an unsuccessful thug, and instead turned to the next most obvious career path: stand-up comedy.

Heading first to New York, then all over the country, and finally to Hollywood, Mike Epps carved out a unique place in American comedy, combining hysterical tales of his family and friends with a mordant take on life in the Naptowns of America. Comedy saved Mike Epps, and here he reveals exactly how he finally grew up and got out, barely. And when describing how he survived when so many of his friends didn’t, Epps makes clear what he’s thankful for and sorry about. Unsuccessful Thug is about growing up black in America, facing down racism in Hollywood, and ultimately how it feels to fail at thugdom, pull yourself up by the bootstraps, and end up selling out arenas and starring in movies across the country.