Gerard Way, lead singer of My Chemical Romance, will be signing copies of “Milk Wars” in Annapolis, MD during February.

Gerard Way is the Eisner Award-winning writer of THE UMBRELLA ACADEMY and the comics miniseries THE TRUE LIVES OF THE FABULOUS KILLJOYS. He is the creative mind behind the new grassroots imprint DC’s Young Animal, whose retro-inspired lineup bridges the gap between the DC Universe and Vertigo. Way is also widely known for his former role as the lead vocalist and co-founder of the alternative rock band My Chemical Romance. 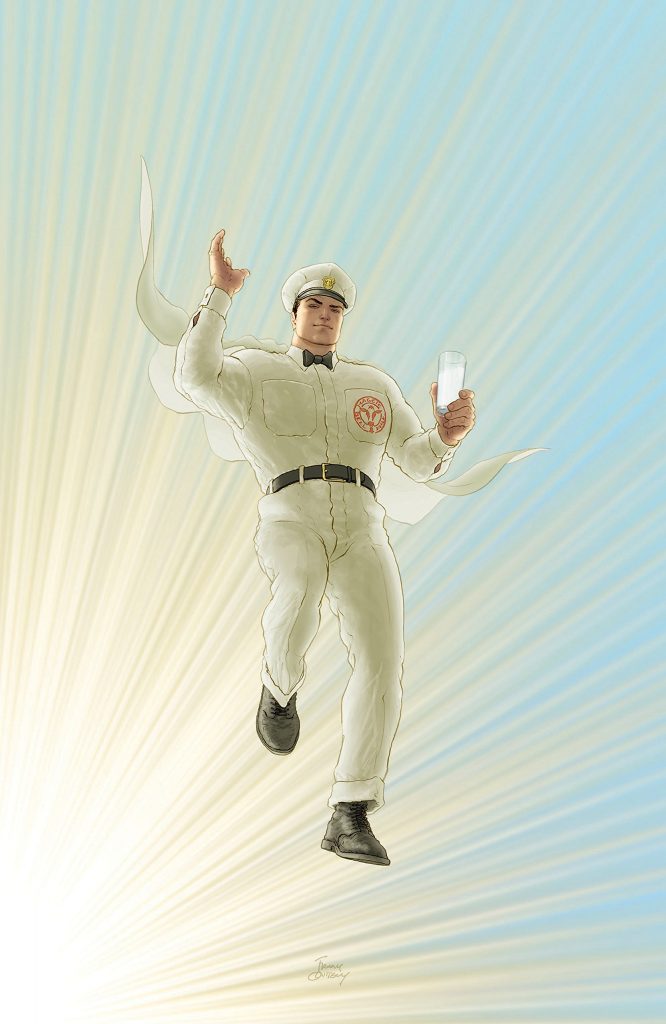 The DC and DC’s Young Animal–a grassroots mature reader imprint, creatively spearheaded by Gerard Way–crossover is here! Now some of the world’s most famous superheroes appear alongside the DC’s Young Animal misfits for some thrilling crime-fighting adventures.

What happens when the Doom Patrol team of misfits meets Justice League of America, or the new Gotham vigilante Mother Panic comes face to face with Batman? Will Shade the Changing Girl be able to appease Wonder Woman and will Cave Carson be able to team up with Swamp Thing to destroy the evil, interdimensional corporation called RetCo from the inside? Valid questions. Very valid. How will we ever find out the answer?