Dan Rather, respected journalist, will be signing copies of “What Unites Us” in a couple of locations this month.

With a storied career that has spanned more than six decades, Dan Rather is one of the world’s best-known journalists. He has interviewed every president since Eisenhower and covered almost every important dateline around the world. Rather joined CBS News in 1962, and in 1981 he assumed the position of Anchor and Managing Editor of the CBS Evening News, which he held for twenty-four years. His reporting helped turn 60 Minutes into an institution, launched 48 Hours as a newsmagazine program, and shaped countless specials and documentaries. Upon leaving CBS, Rather created the Emmy Award–winning Dan Rather Reports on HDNet. He is founder, president, and CEO of News and Guts, an independent production company that specializes in high-quality nonfiction content across a range of traditional and digital channels. 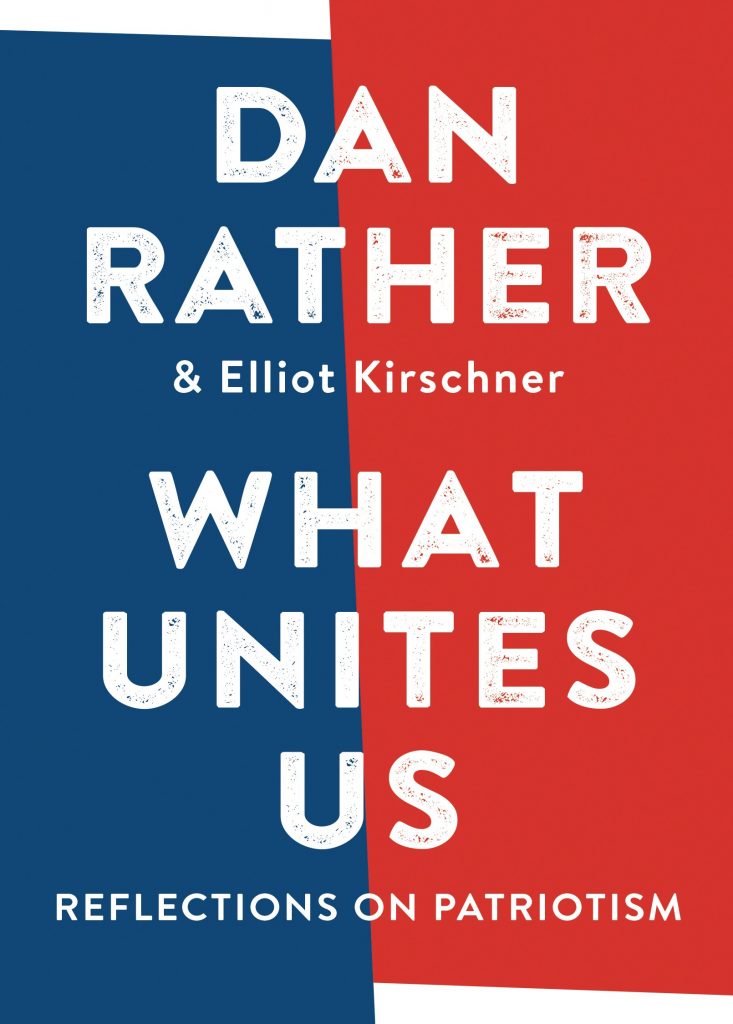 “I find myself thinking deeply about what it means to love America, as I surely do.” —Dan Rather

At a moment of crisis over our national identity, venerated journalist Dan Rather has emerged as a voice of reason and integrity, reflecting on—and writing passionately about—what it means to be an American. Now, with this collection of original essays, he reminds us of the principles upon which the United States was founded. Looking at the freedoms that define us, from the vote to the press; the values that have transformed us, from empathy to inclusion to service; the institutions that sustain us, such as public education; and the traits that helped form our young country, such as the audacity to take on daunting challenges in science and medicine, Rather brings to bear his decades of experience on the frontlines of the world’s biggest stories. As a living witness to historical change, he offers up an intimate view of history, tracing where we have been in order to help us chart a way forward and heal our bitter divisions.

With a fundamental sense of hope, What Unites Us is the book to inspire conversation and listening, and to remind us all how we are, finally, one.